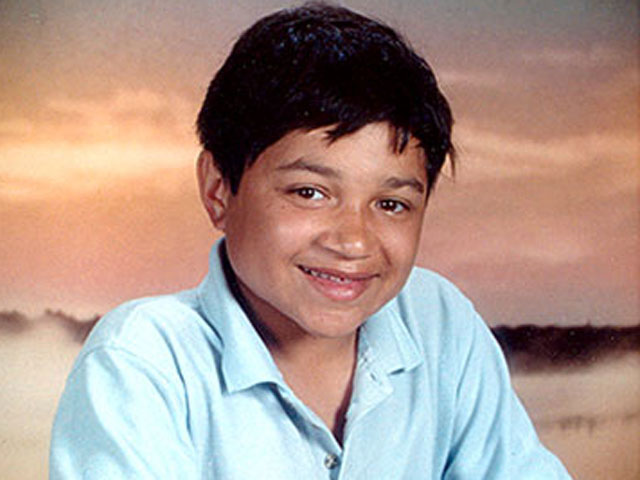 (CBS/AP) OXNARD, Calif. - California teenager Brandon McInerney, who pleaded guilty to second-degree murder in the killing of a gay student, was sentenced Monday to 21 years in prison.

McInerney, now 17,  didn't speak at the proceeding but his lawyer said the teen is deeply remorseful for his actions.

McInerney pleaded guilty to second-degree murder, voluntary manslaughter and use of a firearm as part of a plea deal reached in November.

McInerney was 14-years-old when he pulled a gun out of his backpack and fatally shot 15-year-old Larry King at point-blank range at the E.O. Green Junior High School in 2008.

Brandon McInerney, 17, didn't speak at the hearing but his lawyer Scott Wippert said his client was sorry for killing 15-year-old Larry King.

"He feels deeply remorseful and stated repeatedly if he could go back and take back what he did he would do it in a heartbeat, Wippert said.

"You took upon yourself to be a bully and to hate a smaller kid, wanting to be the big man on campus,"' King's father, Greg King, said on behalf of his wife. "`You have left a big hole in my heart where Larry was and it can never be filled."'

A mistrial was declared in September after a hung jury couldn't decide on murder or manslaughter.

McInerney then pleaded guilty to second-degree murder and voluntary manslaughter, and in return, prosecutors agreed not to go forward with the second trial, which could have ended with a life sentence for the 17-year-old.

Leading up to the February 2008 killing, teachers and students saw a dispute growing between the victim and McInerney, who shot King twice in the head in a computer lab at E.O Green Junior High. .

McInerney, then 14, had reached an emotional breaking point after King made repeated, unwanted sexual advances toward him and other boys, defense lawyers said. In the weeks leading up to the shooting, school administrators allowed King to wear heels and makeup because federal law provides the right of students to express their sexual orientation.

Prosecutors said the shooting in front of stunned classmates was first-degree murder and that McInerney should be punished as an adult. They argued the shooting was a hate crime, an aspect jurors rejected, after authorities found white supremacist materials in McInerney's home.

Complete coverage of the E.O. Green School shooting on Crimesider