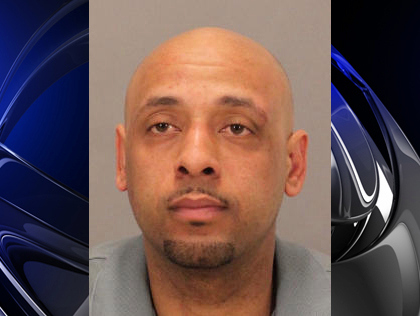 SAN JOSE, Calif. – San Jose police have released the surveillance video that captured a car crashing into the front doors of an East San Jose Walmart on Easter Sunday, according to the San Jose Mercury News.

Police are reportedly looking to identify and speak to those who were nearly struck by the driver Haamid Ade Zaid.

Zaid, 33, was charged in April with two counts of attempted murder, four counts of assault with a deadly weapon and two counts of felony vandalism and other additional charges in connection with the store crash.

The video shows Zaid crashing into the glass doors at the entrance of the store while shoppers went about their business. The Oldsmobile Culass nearly missed about half dozen shoppers then backed up and drove further into the store.

Zaid then allegedly got out of the car and started swinging at people with a metal bar, injuring three shoppers and an employee before witnesses tackled him and held him until police arrived.

Prosecutors reportedly said Zaid was involved in a similar incident in December 2012 when he ran a red light and crashed into a gas station mini-mart with another car.

Police are asking those who are seen in the video to come forward and speak with investigators.