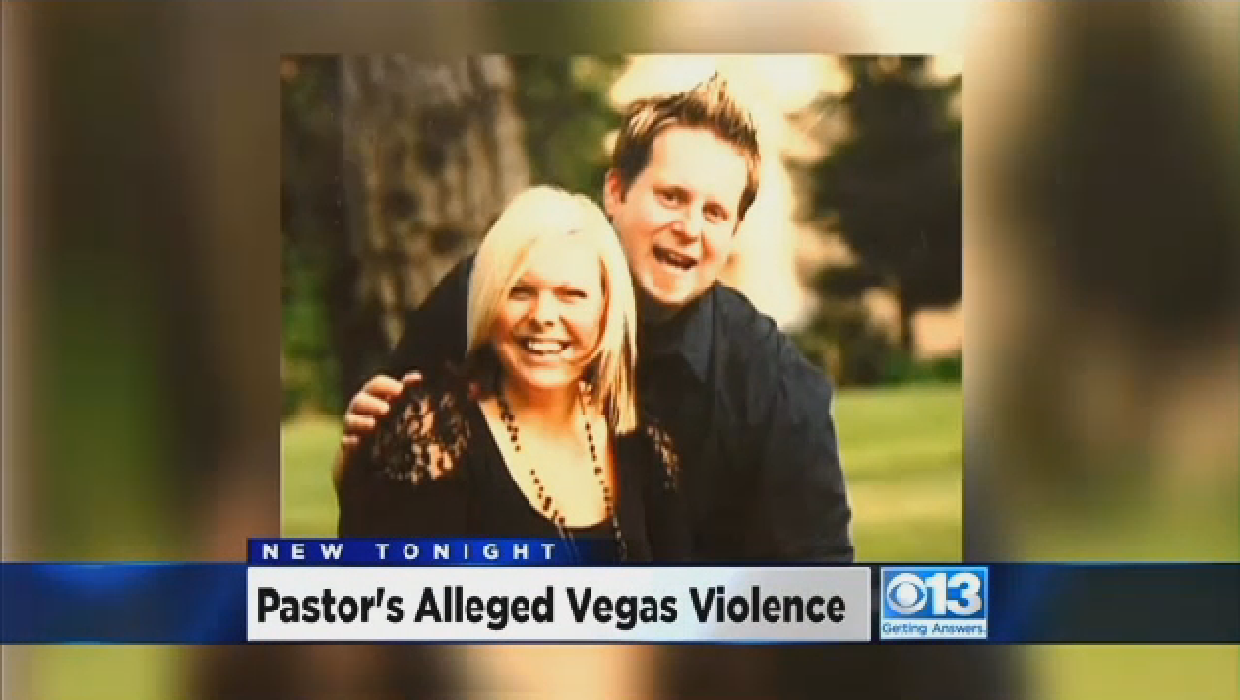 LAS VEGAS - A California youth pastor faces a murder charge after an altercation outside a Las Vegas pub last summer that led to a man's death months later.

Robert Cox, a pastor at The Place of Refuge church in Manteca, California, was booked into the San Joaquin County Jail on Tuesday, June 3 on murder and fugitive from justice charges. He's awaiting extradition to Nevada after being accused in the death of 55-year-old Link Ellingson of Las Vegas, who died Dec. 15, 2013 of hemorrhaging. An autopsy report said blunt head trauma from the fight was a significant contributing factor.

Family and friends say Cox was on a ministry trip to Texas with his wife and some church interns when they stopped for a late-night dinner at the Four Kegs pub in Las Vegas on June 13, 2013. Group members said they were in the parking lot when Ellingson approached, threatened them and assaulted them.

According to the witnesses, Cox grabbed the man and fell with him to the ground.

Ellingson hit his head on the pavement and went unconscious. When he died six months later at Summerlin Hospital, the coroner ruled the case a homicide.

According to a Las Vegas police report, Cox initially said he punched Ellingson in the face, but later described grabbing Ellingson's waist and falling to the ground with him. Cox's left ring finger was broken in the confrontation.

"There was no punch thrown. I can understand where that was implied because his finger was broken, but from the get go we said that the police report is false and we need to get it fixed," Cox's wife, Julie, told the TV station.

Surveillance video showed Ellingson getting into a fight, but he leaves the frame for several seconds before he's seen stumbling back and falling, according to the report. Detectives who reviewed the footage wrote that it doesn't appear someone fell to the ground with him.

Family members said they were told no charges would be filed in the case, but they said a warrant was issued for Cox's arrest without his or his attorney's knowledge. A letter posted on the church's website asks people to donate money to cover Cox's legal fees and to write letters vouching for his character.

Cox's supporters describe him as a good, kind and passionate guy.

"If you met Rob, to meet him is to love him," Pastor Mike Dillman, Cox's father-in-law, told CBS Sacramento.

"To have a pastor wall down this sidewalk with handcuffs... it's humiliating, it's unnecessary, it's senseless," he continued.