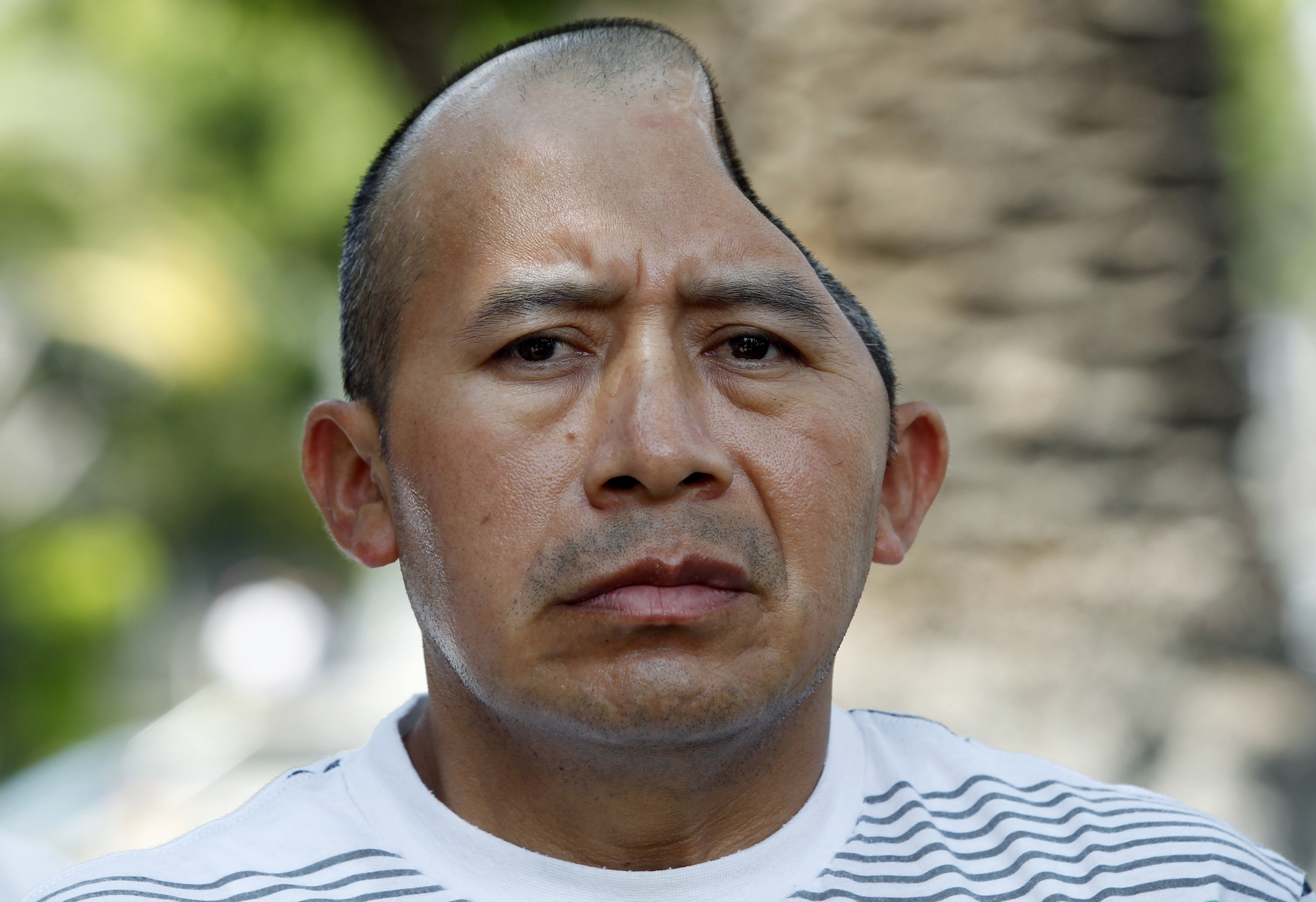 LOS ANGELES A 43-year-old house painter so badly brain damaged that he can't speak has been awarded $58 million by a jury after a beating at a bar left him with half his skull permanently bashed in.

Antonio Lopez Chaj appeared at a news conference Monday with lawyers who announced the award handed down against a security company Friday in Torrance Superior Court.

It was among the largest damage awards ever given to one person in California, the lawyers said. They said they expect an appeal and there could be settlement negotiations before Chaj receives anything.

Chaj had to be supported by relatives at the news conference. When he took off a baseball cap hiding his injuries, gasps could be heard from people present.

"His skull is like a pie with 25 percent cut out of it," said attorney Federico Sayre.

Chaj was attacked at a mid-Wilshire bar after trying to intercede in an attack by a bartender and security guard on two relatives who were with him.

Lawyers said an unlicensed, untrained security guard beat Chaj with a baton, kicked him in the head eight times and smashed his skull against pavement four times.

"It was truly a horrendous and brutal beating by a guy who shouldn't have been working at all," said Sayre, who represented Chaj along with Fernando Chavez, the son of famed civil rights leader Cesar Chavez.

The security guard, Emerson Quintanilla, and the bartender-manager who sparked the attack have disappeared without a trace, Sayre said.

"I think the man went crazy, lost his mind," he said of Quintanilla. "It was a species of road rage."

Sayre said the confrontation begin April 20, 2010 when Chaj, his brother and two nephews, who all worked as house painters, went to Barra Latina, a neighborhood bar.

One of the relatives got into a dispute with the bartender-manager who came after him with brass knuckles, Sayre said. Quintanilla, who was working for DGSP Security and Patrol Services, began kicking and beating members of the group.

Chaj tried to intervene and said, "Stop beating my nephews." At that point, Sayre said, the guard beat Chaj into unconsciousness. Part of his skull was gone when he reached the hospital.

"They saved his life but he has significant brain damage," Sayre said. "He can't speak and he requires 24-hour nursing care."

Phone messages seeking comment left with attorneys for the defendants were not immediately returned.

In civil courts, only nine of the 12 jurors have to agree on a verdict, Sayre said. But this jury was unanimous in finding for the plaintiffs on all claims, and it granted the $58 million award the plaintiffs requested.

Newspaper from 1947 offers "amazing glimpse" at UFO incident in Roswell
Thanks for reading CBS NEWS.
Create your free account or log in
for more features.
View CBS News In
CBS News App Open
Chrome Safari Continue
Be the first to know
Get browser notifications for breaking news, live events, and exclusive reporting.