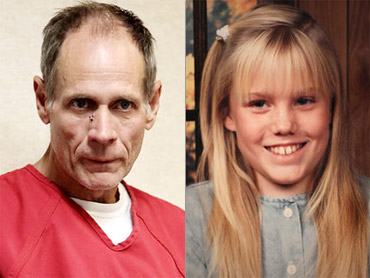 California lawmakers approved a $20 million settlement Thursday with the family of Jaycee Dugard, who was kidnapped as a girl and held captive in a secret backyard for 18 years by a paroled sex offender.

Dugard, her mother and daughters filed claims in February saying state officials with the Department of Corrections and Rehabilitation failed to do their jobs. Parole agents began supervising Garrido in 1999 but failed to discover Dugard.

"I can't emphasize enough that we've got to be much more prudent in terms of how we provide oversight for released prisoners in the state of California," Assemblyman Ted Gaines, R-Granite Bay, said.

Attorneys for the Dugards did not immediately respond to calls seeking comment.

Garrido and his wife, Nancy, have pleaded not guilty to charges that they kidnapped and raped the young woman.

Dugard and her children were hidden at the Garrido home in the eastern San Francisco Bay area city of Antioch, authorities said.

"Jaycee and her children, now 13 and 16, are now living in seclusion and will need many years of therapy, education and health care," said Assemblyman Felipe Fuentes, D-Sylmar.

Lawmakers approved the settlement with a 30-1 vote in the Senate and a 62-0 vote in the Assembly.

The money for the Dugards will come from the state's hard-hit general fund, which pays for most state operations. It comes while the state faces a $19 billion deficit as it enters the new fiscal year without a budget.

The settlement made up the bulk of the money approved in AB1714, which settles three other claims for a combined $1.49 million.

Assemblyman Jim Nielsen, R-Yuba City, said it was wise for the state to pay the claim quickly rather than fight a court battle that he said "exacerbates the grievous loss of the victims and the lifelong condemnation and pain of their families."

He predicted the state alsa will pay claims as well in the case of John Albert Gardner III, who pleaded guilty to killing two San Diego County teenagers. Parole agents were also faulted in that case for failing to send Gardner, a convicted sex offender, back to prison.