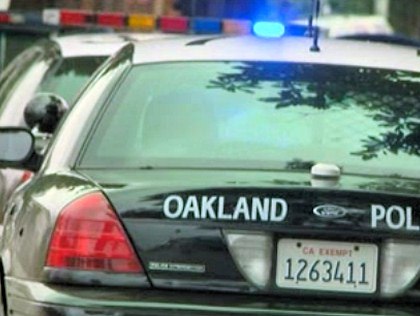 (CBS/AP) OAKLAND, Calif. - Friday, Aug. 2 was a bad news day for a crew from TV station KGO. Police in Oakland, Calif. say a news crew was robbed of camera equipment at gunpoint in broad daylight, even while accompanied by a security guard, CBS San Francisco reports.

Officials say three men accosted the KGO-TV crew Friday afternoon in West Oakland. At least one reportedly had a gun.

Police say the suspects ordered the journalists onto the ground before fleeing with camera gear. The crew was not hurt, according to the station.

This isn't the first time media personnel have been targeted in Oakland.

In November, a KPIX news cameraman was punched and robbed during a live broadcast outside a high school. The incident reportedly prompted the station to hire security guards to accompany its crews when they cover news in the city.

In July, Bay Area News Group reporters and photographers were also robbed of camera equipment while working in Oakland.