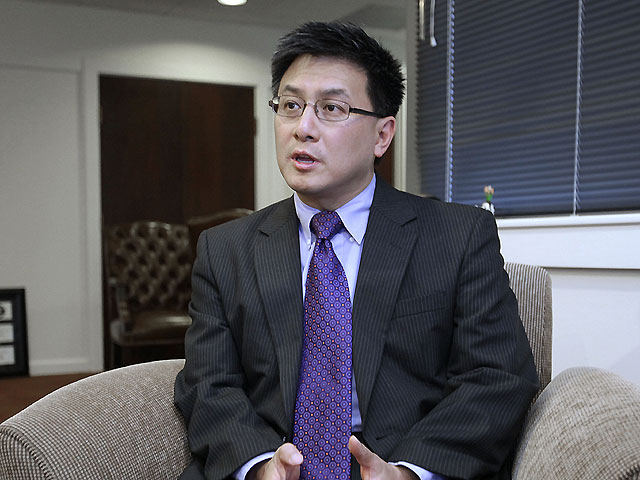 SACRAMENTO, Calif. - The man who cuts California's paychecks has a costly message for lawmakers who tried to meet a voter-imposed deadline with the budget they passed last week: Not good enough.

Controller John Chiang took the rare step Tuesday of halting paychecks for all 120 state lawmakers after he reviewed the budget Democrats approved and determined it was not balanced. Chiang, a Democrat, said lawmakers therefore did not meet the requirement for getting paid under Proposition 25, which voters approved in November to get the Legislature to approve balanced budgets on time.

The situation might at least help California balance its books, since taxpayers save $48,603.50 every day lawmakers don't get a salary and per diem. Lawmakers can start receiving their salaries and expenses again once they pass a balanced budget, but they won't be paid retroactively for the days the budget was late.

"I halted a fulfilling private sector career path to enter public service. I now have to explain to my wife and daughter that we won't be able to pay the bills because a politician chose to grandstand at our expense," Gatto said.

Under Proposition 25, lawmakers don't get their salary or living expenses if they miss their budget deadline of June 15 each year. The measure gives the state controller the authority to judge whether revenues matched or exceeded state spending.

Proposition 25, the "on-time budget act," was born out of frustration with California's late budgets, which stall pay for some state workers and vendors.

Chiang's decision marks the first time the unique initiative has been put to use.

Few other states have late budget problems, according to Arturo Perez of the National Conference of State Legislatures in Denver. Only New York and Guam withhold pay from lawmakers if they fail to meet their budget deadline, he said.

"The issue of late budgets is alien to most states," he said.

Most lawmakers also lose out on a $142 per diem for travel and living expenses.

Chiang, whose office issues paychecks, found the Democratic package passed by a simple majority did not meet the requirements for a balanced budget because portions were "miscalculated, miscounted or unfinished." He said it committed the state to $89.8 billion in spending but provided only $87.9 billion in revenues, leaving a hole of about $1.9 billion.

"Part of the reason the budget didn't balance is that they were engaged in some of the past practices that worked in earlier years but that do not work today under the new reality," Chiang told The Associated Press.

Chiang's analysis found much of the imbalance comes from underfunding education by $1.3 billion. Underfunding is not possible without suspending the state's education funding law, which would require a two-thirds vote of the Legislature. That was not done in this case.

The Democrats' budget also counted on hospital fees, taxes on managed-care plans and vehicle registration charges, but the Legislature never passed the bills needed to collect those revenues, Chiang said.

Lawmakers said they believed that action allowed them to continue receiving paychecks. But Democratic Gov. Jerry Brown vetoed the package, saying he didn't want to see billions more in borrowing or questionable maneuvers.

"The controller has made his determination. We should all work together to pass a solid budget," Brown said.

Democratic lawmakers said they were disappointed by the controller's decision. They said Chiang's decision would not help budget negotiations with Republicans.

"The controller is, in effect, allowing legislative Republicans to control the budget process, and I believe that's a very unfortunate outcome that is inconsistent with the intent of Proposition 25," Assembly Speaker John Perez said in a statement. Perez endorsed the measure last fall.

Sen. Sam Blakeslee, a Republican from San Luis Obispo, applauded the controller "on this difficult decision." He has a bill, SCA 12, clarifying that the controller has the authority to determine whether a budget is balanced.

The leader of the Senate had warned Monday that for Chiang to decide whether lawmakers passed a balanced budget sets a bad example for the state's balance of power.

"I think it is a bad precedent ... for anybody in the executive branch to question the quality of a budget passed by the Legislature. Because to do so shifts the balance of powers in what is supposed to be coequal branches of government in a way that I think is dangerous," Senate President Pro Tem Darrell Steinberg said.

Chiang said he was not playing politics, but following the law.

"The decisions we make in this office are incredibly difficult, but we call it straight. In many senses we view ourselves as a neutral umpire. We call balls and strikes," he said.

Brown has signed into law about $11.2 billion in cuts and fund transfers, but the state still faces a $9.6 billion budget deficit through July 2012. He and Democratic leaders want to extend a series of recent tax hikes to help close the shortfall but so far have been unable to get GOP support for that plan.

Two Republican votes in each house are needed to meet the two-thirds vote threshold for higher taxes or to place the question before voters.