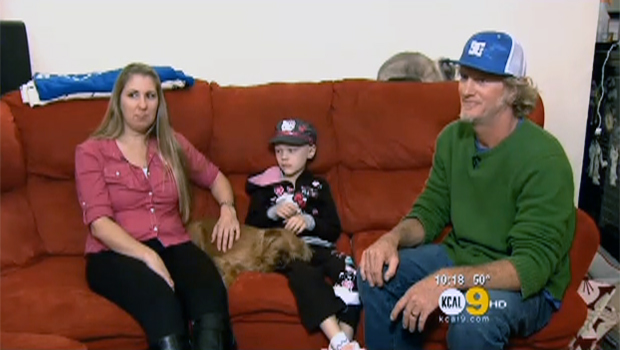 ORANGE, Calif. -- An Orange County, Calif., family reunited with their dog last month after he went missing in Arizona more than a year ago say his return offers new hope to their family, reports CBS Los Angeles.

“I woke up and I wondered where Meko was,” said 7-year-old Mady O’Brien. Her family looked for him everywhere, putting up signs and praying for his safe return.

Mady was devastated and never forgot her best friend. But everything changed in May, when she was diagnosed with a brain tumor.

Last month, Dana O’Brien got a phone call as she and Mady were on their way to another round of chemotherapy. The Yavapai Humane Society was calling to say Meko had turned up on the streets of Prescott, Arizona.

A microchip led volunteers to the O’Brien’s phone number, and James O’Brien made the 400-mile trek to pick him up.

For Mady’s parents, Meko’s return was more than just a story of a girl and her dog. They believe his return was one almost impossible prayer answered, and now they have one more to go. Mady O’Brien has three more rounds of chemotherapy at Children’s Hospital of Orange County.

“This was, you know, kind of the answer that things are going to be okay,” Dana said. “This was good news that our family had gotten and that it would be the start of more.”