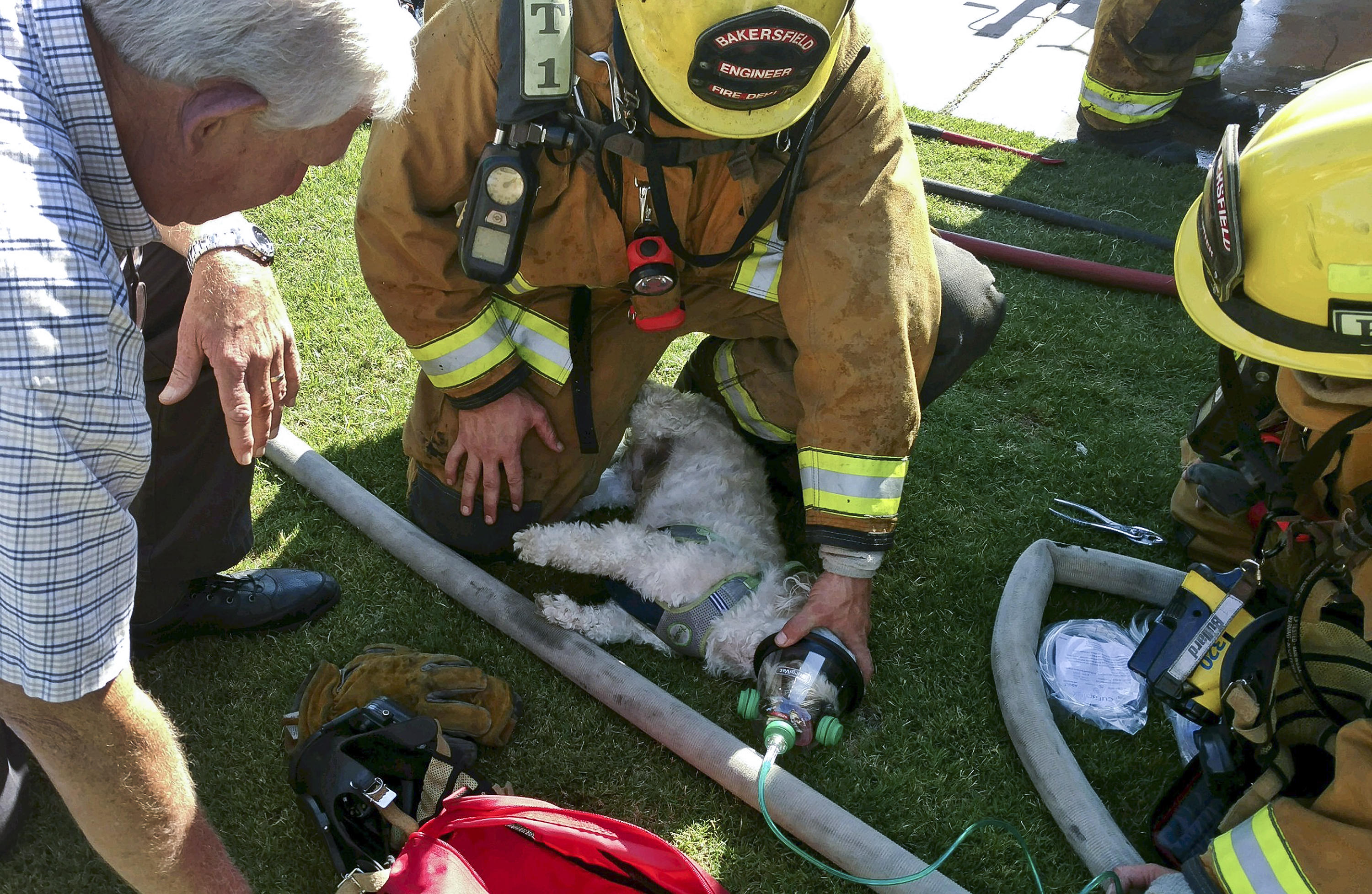 BAKERSFIELD, Calif. -- A California fire department says a little white dog named Jack is recovering after firefighters rescued him from a burning home and brought him back to life.

In a video posted to the Bakersfield Fire Department's website that has been widely shared online, firefighter Matt Smith is shown carrying the nearly lifeless shih tzu from the house on Wednesday.

Using a pet oxygen mask donated to the department by a local Girl Scout troop, Smith and his partners slowly bring Jack back to life.

By the end of the video, Jack is sitting up, alert and looking around, though panting heavily. He was then reunited with his worried owners, a married couple who were unharmed by the fire.

"He's my family, he's my guy, he waits for me every night when I come home," said owner Jeff Garnett to CBS affiliate KBAK. " He's going to be fine, we're going to be fine too, I couldn't be more grateful of appreciative for what they've gone."

Frando, who shot the video of Jack's rescue, said it looked so dire for the pooch that at one point he stopped recording.

"I thought Jack was going to die," he said. "He was in really bad shape."

Frando said Smith found Jack behind a couch in the home, which was billowing with smoke by the time they arrived. Smith and Jack were reunited Thursday at the veterinary hospital where he was being treated.