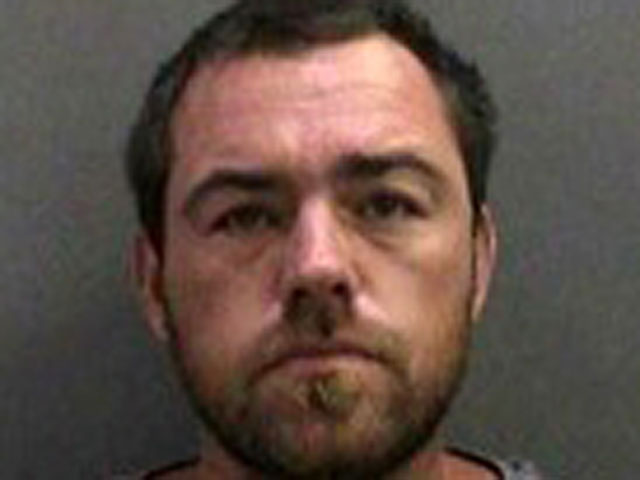 California prosecutors say the 35-year-old father slapped his 7-year old son until he cried, then threw the boy overboard during a pleasure cruise in Newport Harbor. Briles, who was charged Wednesday with child abuse, faces up to six years in prison.

When other passengers became angry, Briles jumped into the water before someone on a nearby boat retrieved the boy, prosecutors said. Meanwhile, the crew of the Queen asked people on the other boat not to help Briles, who was pulled back on board.

Briles had been drinking before the boy was tossed 10 feet over the side of the Queen cruise boat in Newport Harbor on Aug. 28, authorities said.

Several days later, Briles told the syndicated show "Inside Edition" that it amounted to "roughhousing."

"We were just screwing around, just showing off, just being guys," he told the show. "It's not like I threw him off. We went together. It was just like a hand-in-hand thing."

A call to Briles on Wednesday was not immediately returned.

Briles is scheduled to be arraigned on Sept. 26 in Newport Beach on one felony count of child abuse and endangerment and one misdemeanor count of resisting an officer.

Briles took the cruise with his girlfriend and two young sons from a previous marriage. He was arrested on board by deputies and later released on $100,000 bail.

Passengers aboard the 42-foot Queen - which offers a tour past the homes of John Wayne and other celebrities - were shocked and disgusted at the incident, according to emergency services tapes.

Afterward, Briles' two sons were returned to the care of their mother, who was divorced from Briles in 2007. Family court filings showed Briles lost his mortgage industry

job in 2007 and successfully petitioned to get his child support obligation reduced.

He later tried for a second reduction that his ex-wife opposed, writing that Briles only saw the boys on his weekends and rarely called them during his off weeks.

Briles pleaded guilty in in February 2009 to being in contempt for not paying child support and was sentenced to three years of probation, according to court records. He also pleaded guilty in 2011 to public intoxication.