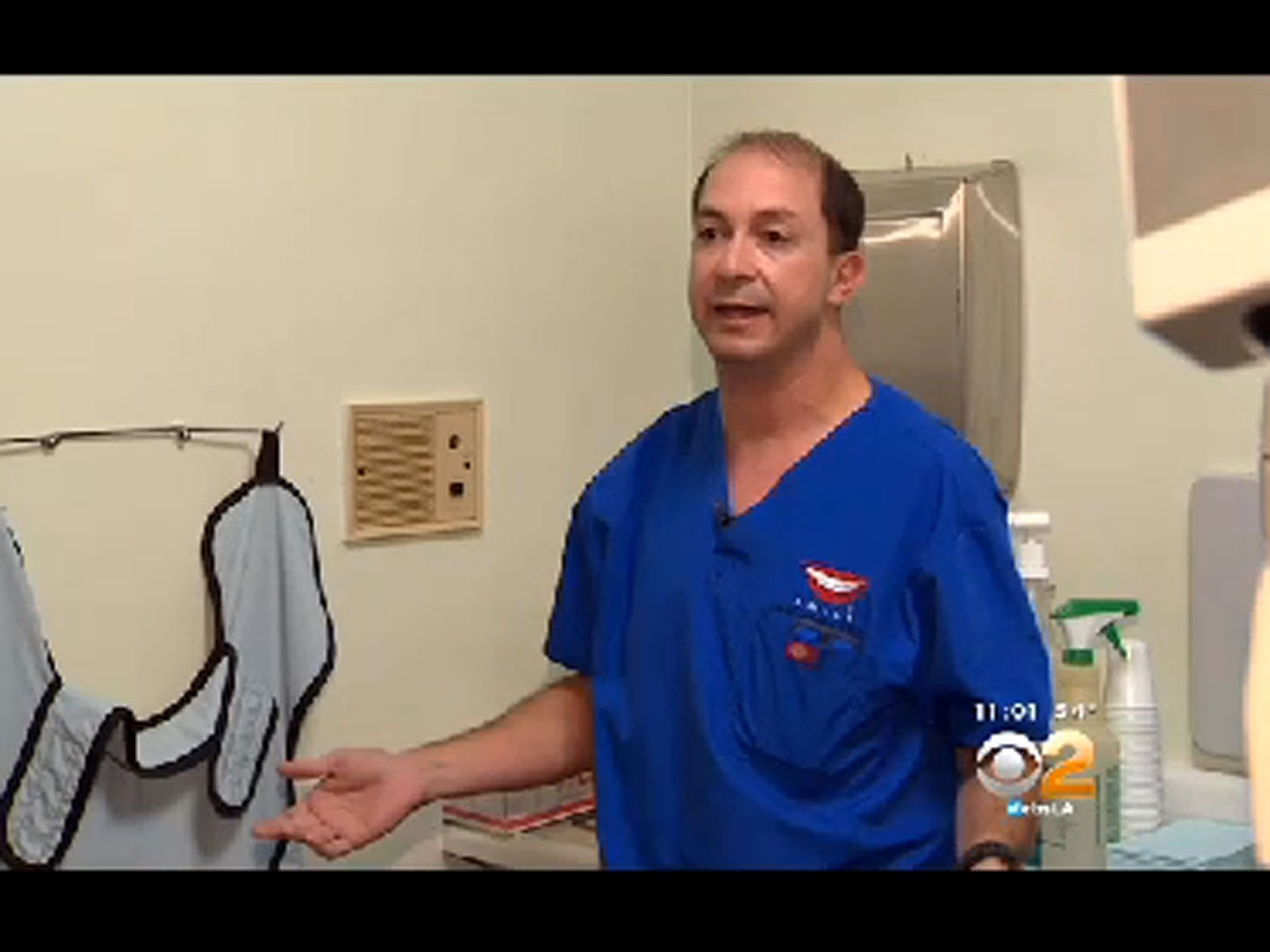 (CBS) MONTROSE, Calif. - A dentist in Montrose, Calif. says he and his staff were held hostage and robbed last week by a former patient, who also used to do odd jobs around the office, reports CBS Los Angeles.

Dr. Gabriel Gonzalez said the ex-patient kept him and two female employees locked up, threatening them with a handsaw, knife, hammer and screwdriver, according to the station.

"He's outside here, and he produced the saw, and he said that he was going to cut us up into bits if we didn't do exactly what he said," Gonzalez said. "I'm thinking that I'm gonna die."

The Los Angeles County dentist, a father of three, said the suspect eventually forced the trio into a bathroom.

"He rigged this door with these two adjacent doors with cables, so we were locked in there," Gonzalez said.

Gonzalez said he was locked in for five hours while the suspect kept the two women busy, having them cancel appointments in order to make sure no one came in, reports the station.

"He tells me a story about how he escaped from court, he got away from the bailiff down a fire escape ... how the cops are after him, how he doesn't care, he's going to go out in a blaze of glory and kill one or two police with him," he said.

Eventually, the female employees were reportedly able to kick open a door and make a run for it.

The suspect drove away in one of the victims' cars, taking cash, keys and cell phones, reports the station.

The next morning, authorities reportedly spotted the stolen vehicle in the Sunland area.

A pursuit ensued and the suspect eventually surrendered to authorities, according to CBS Los Angeles.

Gonzalez said investigators tracked the suspect through the GPS on the stolen cell phones.

The station reports the suspect faces robbery, kidnapping and grand theft charges. He is being held on $1.6 million bail.