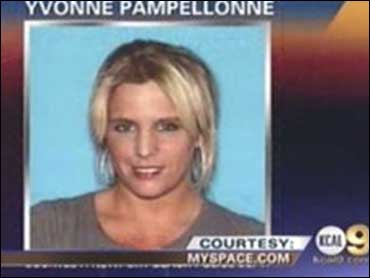 CBS2 in Los Angeles reports on the hunt for a California woman who allegedly stole someone else's ID to get herself breast implants.

Police in Hungtington Beach, south of LA County, are searching for a Laguna Niguel woman who is accused of using someone's identity to pay for $15,000 worth of cosmetic surgery.

A $20,000 arrest warrant has been issued for Yvonne Jean Pampellonne, 30, who was identified through a photo line-up as the woman who allegedly had liposuction and a breast implant at the Pacific Center for Plastic Surgery in Huntington Beach, said Huntington Beach police Detective Larry Pitcher.

Pampellonne went in for the procedures in September but never returned for follow-up appointments, Pitcher said.

Here's the story and video.