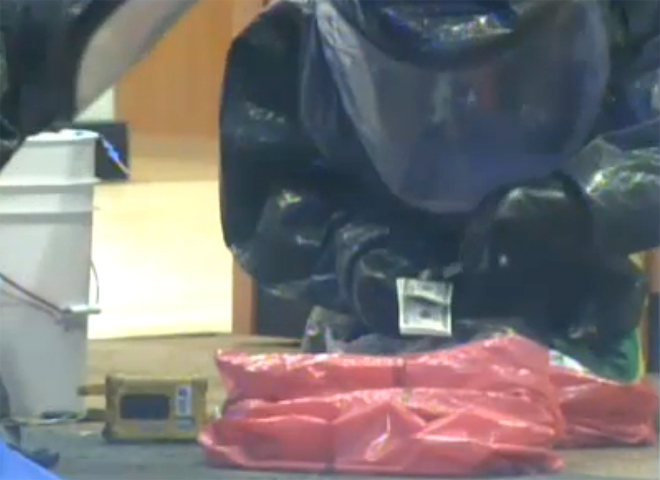 MODESTO, Calif. Six Modesto bank workers were hospitalized and a criminal investigation launched after a customer deposited a packet of money wrapped in a paper towel, authorities said.

"They were exposed to something," he said. "We just don't know what yet."

He said one monitor did detect the presence of a low-level toxic substance, but warned further investigation was needed and that those devices sometimes display "false positives."

Slamon said rescue workers set up make-shift showers in the parking lot and the employees were rinsed off, first with their clothes off and then again without. He said the employees' symptoms abated dramatically once they were removed from the bank and showered, but six were still sent to area hospitals.

He said authorities are investigating and he declined to speculate.

"At this point, it could be anything," he said. "From a malicious act to something accidentally spilled."

CBS Station KOVR reports police made contact with the bank customer and were questioning him at his home.

According to Slamon, the customer who brought in the large amount of cash wrapped in a paper towel did not seem interested in actually touching the money himself.