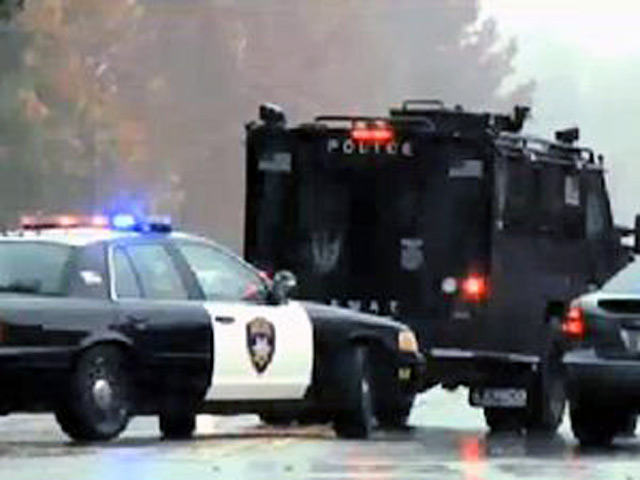 The Sacramento County Coroner's Office identified the slain officer as 45-year-old Roy Marcum. Authorities said Marcum went with a bank official to the home in Galt, about 20 miles south of Sacramento.

The homeowner, 65-year-old Joseph Corey, was evicted a day earlier. Sheriff's Sgt. Jason Ramos said the home was supposed to be empty, but when Marcum tried to retrieve one of the dogs in the house, Corey opened fire, striking and killing the officer. Corey then barricaded himself inside the house.

After an all-night standoff, Corey was arrested around 5 a.m. by members of a SWAT team that had managed to get access to the home's garage.