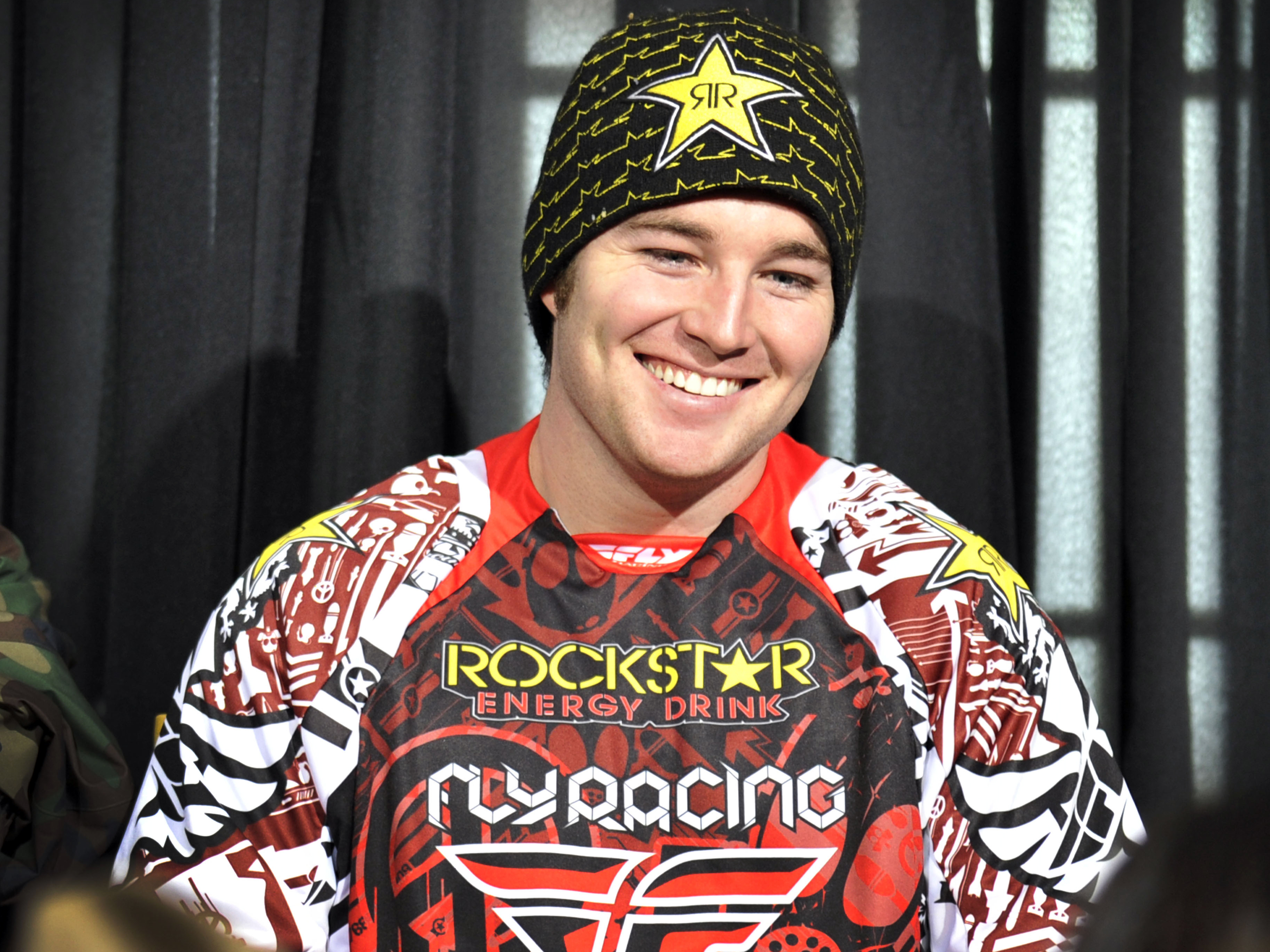 DENVER Caleb Moore, an innovative freestyle snowmobile rider who was hurt in a dramatic crash at the Winter X Games in Colorado, died Thursday morning. He was 25.

Moore had been staying at a hospital in Grand Junction since the crash in Aspen one week before. Family spokeswoman Chelsea Lawson confirmed his death.

A former all-terrain vehicle racer, Moore switched over to snowmobiles as a teenager and didn't take long to rise to the top of his sport. He won four Winter X Games medals, including a bronze last season when his younger brother, Colten, captured gold.

Caleb Moore was attempting a backflip Jan. 24 in the freestyle event when the skis on his 450-pound snowmobile caught the lip of the landing area, sending him flying over the handlebars. Moore landed face first into the snow with his snowmobile rolling over him.

Moore stayed down for quite some time, before walking off with help and going to a hospital to treat a concussion. Moore developed bleeding around his heart and was flown to a hospital in Grand Junction for surgery. The family later said that Moore, of Krum, Texas, also had a complication involving his brain.

Colten Moore was injured in a separate crash that same night. He suffered a separated pelvis in the spill.

The family said in a statement they were grateful for all the prayers and support they have received from people around the world.

X Games officials expressed their condolences and said Moore, a four-time X Games medalist, would be remembered "for his natural passion for life and his deep love for his family and friends."

B.C. Vaught, Caleb Moore's agent for almost a decade, said he first saw Moore when he was racing an ATV in Minnesota and signed him up to star in some action sports movies.

Later, Moore wanted to make the switch from ATVs to snowmobiles and asked Vaught to show him how to do a back-flip. In two weeks, Moore mastered the difficult maneuver.

Moore's brother also got involved in snowmobiling, the close-knit duo pushing each other to become better.

Moore honed his skills in Krum, a town about 5,000 people 50 miles northwest of Dallas that rarely sees snow. Instead, he worked on tricks by launching his sled into a foam pit. After a brief training run on snow ramps in Michigan, he was ready for his sport's biggest stage — the 2010 Winter X Games.

In that contest, Moore captured a bronze in freestyle and finished sixth in best trick. Two years later, his biography on ESPN said, "Caleb Moore has gone from `beginner's luck' to `serious threat."'

That was hardly a surprise to Vaught, who said, "Whatever he wanted to do, he did it."

Vaught said Moore didn't believe his sport was too extreme, but rather "it was a lifestyle." He was good at it — along with ATV racing — as he accumulated a garage full of trophies.

"A very creative mind," LaVallee said. "I've watched him try some crazy, crazy tricks and some of them were successful, some of them not so much. But he was first guy to get back on a sled and go try it again. It shows a lot of heart."

X Games officials said in a statement that they would conduct a thorough review of snowmobiling events and adopt any appropriate changes.

"For 18 years, we have worked closely on safety issues with athletes, course designers and other experts. Still, when the world's best compete at the highest level in any sport, risks remain," they said, noting that Moore was hurt performing a move he had done several times before.

ESPN, which hosts the X Games, released this statement following Moore's death (via the Denver Post):

"We are deeply saddened by Caleb Moore's passing and our thoughts and prayers go out to his parents, Wade and Michelle, his brother, Colten, and the entire Moore family. He will be remembered for his natural passion for life and his deep love for his family and friends, and he will always be an inspiration to everyone he touched in the action sports community.

"As a result of this accident we will conduct a thorough review of this discipline and adopt any appropriate changes to future X Games.

"For 18 years we have worked closely on safety issues with athletes, course designers and other experts. Still, when the world's best compete at the highest level in any sport, risks remain. Caleb was a four-time X Games medalist attempting a move he has landed several times previously."