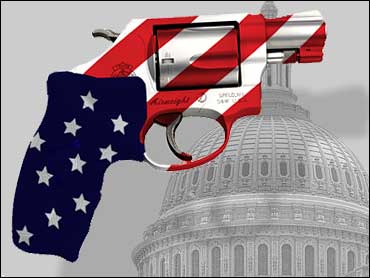 
I have never met Daniel Horowitz but I have heard that he is a nice man and a very good attorney. I feel terribly for him today, as he mourns the premature loss of his wife, Pamela Vitale, who was brutally murdered last Saturday.

But because he often serves as a cable legal analyst, and thus presumably understands a bit about how the media game is played, I hope he will forgive me for what I am about to say.

Thursday's cable coverage of two legal stories — the news of an arrest in the Vitale slaying and news that Congress passed sweeping gun legislation — demonstrates with digital clarity much of what is wrong with the business of disseminating legal news to consumers.

With all due respect to Horowitz, the arrest of a suspect in his wife's murder was nowhere near worthy of all the breathless coverage it received. Concomitantly, coverage of the "Protection of Lawful Commerce in Arms Act" was pathetically inadequate given its landmark status and political and practical ramifications.

Unfortunately, innocent victims such as Vitale get murdered every day in this country, all over this country, and in all sorts of horrible ways. And all over the country suspects are arrested for those murders thanks to good police work, blind luck or a combination of both. Sometimes these crimes reveal genuinely important legal issues and causes, and generate important societal debates about crime and punishment.

Often they do not. Often, they simply are what they are; unnecessary and inexplicable tragedies that befall a family and affect a community.

The vast majority of these cases never make it to your eyes and ears because they never make it to national status as legal stories. And those that do reach that status do so these days mostly because of collaboration — you can even use the word "conspiracy" if you'd like — between the victim's family, local media and national television celebrities who have a stake in creating and then covering the next "Laci" or "Chandra" case.

The industry has a factory, if you will, for taking otherwise mundane true crime stories and ginning them up into ersatz epics.

The Vitale murder made it to that status for two reasons, one legitimate and the other not. The legitimate news hook on the story was that for a while it appeared that Horowitz's wife had been murdered as part of some payback for his work as a criminal defense attorney in a pending murder trial.

Indeed, the news of her murder prompted the judge in that case to declare a mistrial — a scenario that, thankfully, doesn't happen much and thus warranted the coverage it received.

The other reason for the elevation of the Vitale murder to "Laci" status is not legitimate. The story got tremendous play mostly because Horowitz is part of the clique of legal analysts and television hosts largely, but not entirely, based in California, who all know each other, appear on each other's shows and otherwise keep the above-described factory running.

Horowitz's television friends rallied around him after he discovered his wife's body on Saturday evening and I applaud them for that. However, they took this personal, private support onto the airwaves and thus turned their friend and colleague's private grief into a public angle to the story.

It was an easy and obvious choice for the folks who run the factory. Horowitz made himself available and all the other lawyers and analysts who know him were just a cell phone call away. They flocked to the cable shows, at night and during the day, to fill the void left by the end of the Michael Jackson trial and the lull in the (similarly ginned-up) Natalee Holloway case.

In a sense, the whole story wrapped over onto itself — a television legal analyst who comments on murder cases appearing on television to comment about his own wife's murder case while his legal analyst colleagues and talk show friends all dissected the matter as if they had no personal stake in the outcome.

If it weren't happening you would think some hack true-crime mystery writer had banged it out for some trashy paperback publishing house. And if it weren't playing out on purported news shows you would swear it was all part of some infomercial skit, with each bit player reading the right lines from the same script.

Television news, remember, is a zero-sum game. There are only so many hours of viewing time per day so the expansion of time one story gets contracts the time another story gets.

While the cable channels were agog with coverage of the Vitale murder, they were woefully passive in covering the gun legislation, which the president is expected to sign in the next few days. The cost of this lack of coverage is enormous, for the gun bill gives gun manufacturers the sort of legal protection that every other industry in America would drool over.

Should one industry get such protection from Congress when other industries do not? Did Congress deliberate enough over the issue before enacting the legislation? Do you feel comfortable with the fact that the National Rifle Association played such a key role in the passage of this bill? Did you, as an active news consumer — I'm assuming you are since you are reading this — get enough information about the gun bill before it was made into a federal law? Would you have liked to have heard more about it?

These questions — never mind the answers to them — were not asked as often and as loudly as they should have been thanks in part to the focus upon the Vitale case. Legal news shouldn't get priority and tons of air time because television personalities happen to know the victim or her husband.

The triage that occurs every day in every newsroom in the country should be based upon a story's relevance and importance to the largest number of people, not upon how accessible and eager the talking heads are to talk about it. Cronyism is just as bad on television as it is in the White House.

Sometimes, the most important legal story is not the easiest legal story to cover. Sometimes it doesn't generate the most compelling pictures or the most emotion. But that doesn't excuse all of us who cover the beat from doing our best to sift out for you what's vital from what's fleeting.

When it comes to the intersection of these two stories, a lot of people failed or refused to meet that responsibility.

Forgive me, Daniel Horowitz, but that's also a shame. 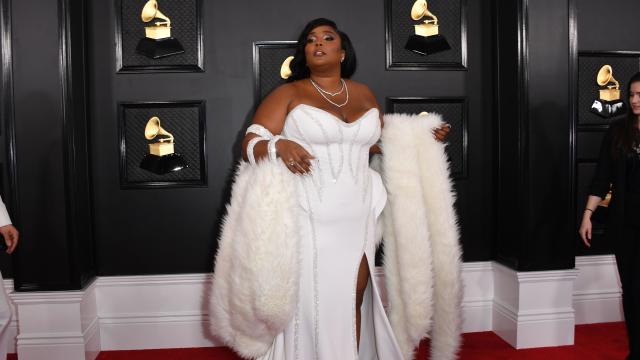