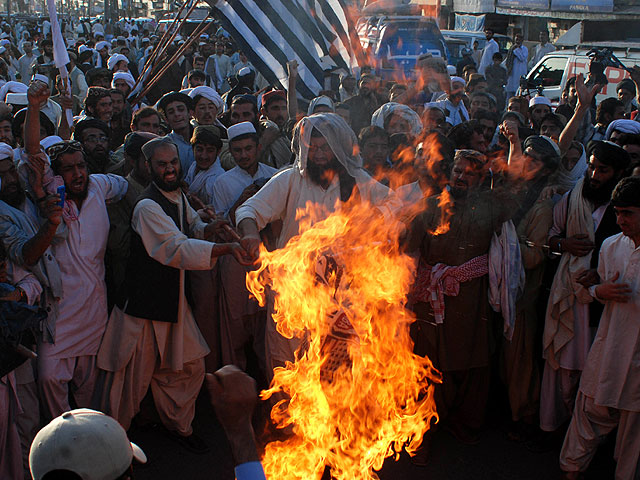 The cable, obtained by WikiLeaks and published Wednesday in Pakistan newspaper Dawn, suggests anti-Americanism is deeply ingrained in the military, which has received more than $10 billion in American aid since 2001.

The cable is based on the experiences of an American officer who attended a course at the National Defense University in 2008.

He is quoted as saying that "lecturers often 'teach' their students information that is heavily biased against the United States."

He said many of the students, typically senior officers, believed in anti-American conspiracy theories despite having children studying in the United States.

The U.S.-Pakistan relationship has been fraught with tension recently, most recently highlighted by the unilateral U.S. raid on Osama bin Laden's compound in Abbottabad. The Pakistanis have expressed anger at the U.S. for violating their air space without consent, while many in the U.S. government have questioned how bin Laden could have lived for years in Pakistan without authorities' knowledge.