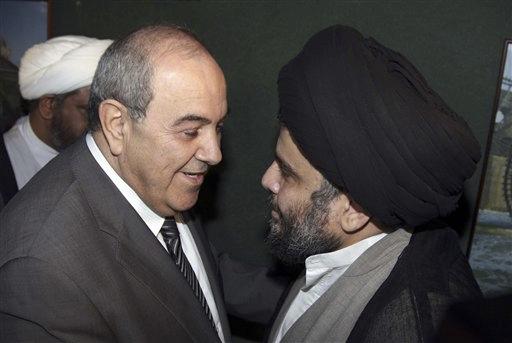 Sen. Robert Byrd's description of Adolf Hitler's rise to power was meant as a warning to heed the past and not as a comparison to Republicans, a spokesman for the West Virginia Democrat says.

Nonetheless, two Jewish groups and a pair of GOP politicians chastised the senator on Wednesday, including one who recalled Byrd's Ku Klux Klan membership as a young man. Byrd's comments, which he made Tuesday in the Senate, came during his speech criticizing a Republican plan to block Democrats from filibustering President Bush's judicial nominees.

"Terrible chapters of history ought never be repeated," said Tom Gavin, spokesman for Byrd. "All one needs to do is to look at history to see how dangerous it is to curb the rights of the minority."

Sen. Rick Santorum of Pennsylvania, the Senate's No. 3 Republican, called for Byrd to retract his comments, saying they "lessen the credibility of the senator and the decorum of the Senate."

Ken Mehlman, chairman of the Republican National Committee, called the remarks "poisonous rhetoric" that are "reprehensible and beyond the pale."

The storm was the latest twist in the battle over Senate GOP efforts to free 10 nominated judges that the chamber's minority Democrats have blocked during President Bush's first term. The Senate confirmed 204 others.

In his comments Tuesday, Byrd had defended the right senators have to use filibusters — procedural delays that can kill an item unless 60 of the 100 senators vote to move ahead. He is a long-standing defender of the chamber's rules and traditions, many of which help the Senate's minority party.

Byrd cited Hitler's 1930s rise to power by, in part, pushing legislation through the German parliament that seemed to legitimize his ascension.

"We, unlike Nazi Germany or Mussolini's Italy, have never stopped being a nation of laws, not of men," Byrd said. "But witness how men with motives and a majority can manipulate law to cruel and unjust ends."

Byrd then quoted historian Alan Bullock, saying Hitler "turned the law inside out and made illegality legal."

Byrd added, "That is what the 'nuclear option' seeks to do."

The nuclear option is the nickname for the proposal to end filibusters of judicial nominations because of the devastating effect the plan, if enacted, would have on relations between Democrats and Republicans.

Abraham H. Foxman, national director of the Anti-Defamation League, said Byrd's remarks showed "a profound lack of understanding as to who Hitler was" and that the senator should apologize to the American people. He called the comparison "hideous, outrageous and offensive."

"With his knowledge of history and his own personal background as a KKK member, he should be ashamed for implying that his political opponents are using Nazi tactics," said Matt Brooks, executive director of the Republican Jewish Coalition.

Byrd has repeatedly apologized for his Klan membership. Now 87 and the Senate's longest-serving member at 47 years, he prides himself on his knowledge of history and makes historical references frequently during debates.

Brooks also attacked as "disgusting" Byrd's remark that "some in the Senate are ready to callously incinerate" senators' rights to filibuster. The comment came amid several references by Byrd to the "nuclear option."

"There is no excuse for raising the specter of the Holocaust crematoria in a discussion of the Senate filibuster," Brooks said.