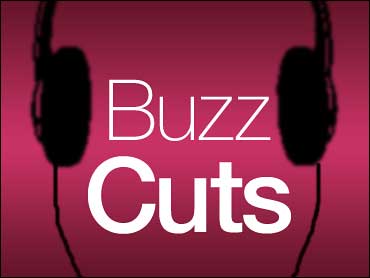 Ozomatli tries for pop success with "Don't Mess with the Dragon," Fountains of Wayne are back with detailed tales of suburban lives, LCD Soundsystem's dance-punk groove remains tight on "Sound of Silver," and guitarist Pat Metheny and pianist Brad Mehldau team up again for an inspired quartet recording.

There's a reason Los Angeles band Ozomatli opens its new album with a raucous song called "Can't Stop," in which they sing about moving on, groovin' and not living for yesterday.

The multicultural group with the hard-to-define sound has been around for more than a decade with just-shy-of-mainstream success. They've won Grammys and have been in movies and on TV, but their horn-heavy, bilingual, hip-hop-infused music makes them hard to pin down to one radio music genre.

So the group went decidedly pop on their latest album, "Don't Mess with the Dragon," hiring K.C. Porter, who has produced music for Ricky Martin and Santana.

"Don't Mess" almost feels like a first album. It brings the nine-member group back to its L.A. roots with songs like "After Party," a garage-band groove in the style of Los Lobos that's already a concert sing-along favorite, and "City of Angels," a rocking ode to their hometown.

There's a nod to reggaeton with songs like "Here We Go" and "Creo," though fewer songs are in traditional Latin forms or even Spanish — an obvious departure from past records that have included more salsa, merengue and ranchera rhythms.

For a group with such underground success, going radio-friendly was a gamble that could have been disastrous. Instead, Ozomatli has produced a fun, upbeat album that thankfully doesn't totally abandon the band's style. (Olivia Munoz)

Chris Collingwood and Adam Schlesinger of Fountains of Wayne are two of this generation's best pop-rock composers, able to wed finely detailed stories of misguided lives with sharp melodies. It was mostly a secret among critics until "Stacy's Mom" broke through in 2003. That video with Rachel Hunter certainly didn't hurt.

Their ability to draw portraits in song is in full flower here, from the randy TV anchor team in the title cut to the disconnected singles in "Someone to Love." The song "New Routine" is particularly strong, with a waitress leading a chain of people convinced their lives would be better if they just moved away. And the early favorites for best opening line and most inspired rhyme in a song this year: "Well, it was Saturday night, I was sitting in the kitchen, checking out the women on Spanish television."

So why is this a three-star album instead of a four-star?

The Fountains have always had a taste for cheese, but they pile on the 1980s-era synthesizers a bit too thick here. There are tiny signs of being off their game: "Someone to Love" would have driven its point home more effectively without the repetitive outro.

Most importantly, the Fountains at their best not only show you the heart of their characters, but have them touch your heart, too. That doesn't happen enough here, unfortunately. (David Bauder)

LCD Soundsystem, the brainchild of DFA Records founder and producer James Murphy, is once again biting and audacious on "Sound of Silver."

Murphy, who flies virtually solo in the studio, crafts electronica with wit, atmosphere and a keen pop sensibility — and he simply oozes with confidence.

With a pair of 2005 Grammy nominations under his belt — for his self-titled debut and the infectious single "Daft Punk is Playing at My House" — Murphy has returned with his New York attitude intact and a thumping vibe that's sure to fill any dance floor.
He sprinkles rock, 80s synth, Euro disco, techno and funky soul into a delicious mix that's impossible to sit still to — and lyrically, he sinks his teeth into a healthy dose of irony.

"Get Innocuous!" and "Us v Them" smack conformity in the mouth, "Someone Great" shows breakups as both a relief and a heartache, and "All My Friends" is about having no direction in life and somehow not really caring.

"New York, I Love You But You're Bringing Me Down," is a lament to the city's ever-changing landscape, and the fantastic "North American Scum" allows Murphy to point out our national flaws while still insisting: "You see I love this place that I've come to know ... and I know you wouldn't touch us with a ten-foot pole."

Compared to some of today's typically mindless dance music, this is party poetry. (John Kosik)

The largely duet "Metheny Mehldau" album was one of the best jazz releases of 2006, but its two quartet tracks left many wanting to hear more from the combo of the co-leaders with bassist Larry Grenadier and drummer Jeff Ballard from Mehldau's regular trio. "Metheny Mehldau Quartet," from the same December 2005 recording session, fills this demand with seven of the 11 tracks featuring this foursome.

It can be difficult for guitar and piano to work together as a duo in a jazz setting, but Metheny and Mehldau prove up to the challenge with some inspired interplay on this CD of originals by the two leaders. That's evident on the lively opener "A Night Away" as Mehldau's comping propels Metheny's soaring guitar runs. Unlike the Pat Metheny Group's regular keyboard player Lyle Mays, who also plays an array of synthesizers, Mehldau sticks exclusively to acoustic piano.

Metheny and Mehldau share a passion for lyricism which is particularly evident on the four duet tracks, including the rippling "The Sound of Water" on which Metheny plays his 42-string guitar and the gossamer-like romantic ballad "Don't Wait" for acoustic guitar and piano. Among the quartet performances, Metheny's horn-like guitar synth propels the energetic rocker "Towards the Light" and the more subdued Brazilian-accented "Secret Beach" to rousing climaxes. Other highlights include the edgier, more dissonant "Fear and Trembling" and the rolling Latin-themed "En La Tierra Que No Olvida" which evokes wide-open landscapes like many of Metheny's compositions.

After carving out distinctive sounds with their own groups, Metheny and Mehldau combine here to bring out the best in each other's playing and create chamber jazz of the highest quality. (Charles J. Gans)