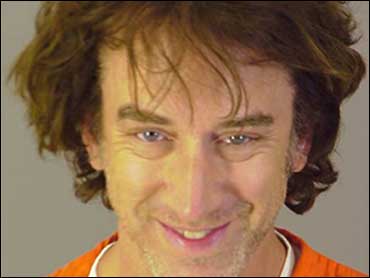 The "NewsRadio" actor with a reputation for crude public behavior is still scheduled to face a judge later this week on misdemeanor drug possession and battery charges. But he escaped felony charges after prosecutors reviewed video of the incident, Riverside County District Attorney spokesman Ryan Hightower said.

A teenage girl accused the 42-year-old actor of pulling down her top at a restaurant in Murrieta, a city about 80 miles east of Los Angeles in mid-July. Dick was arrested by officers responding to reports of an intoxicated male.

Dick is scheduled to appear in court Wednesday.

Singing at the Democratic convention, Sheryl Crow dedicated her song "Strong Enough" to Barack Obama and then added a twist to the lyrics for the occasion.

"Are you strong enough to be my man, or my president?" Crow sang to her party's nominee and his newly announced running mate.

Ed Robertson's Cessna 206 float plane crashed in a wooded area near Bancroft, Ontario, on Sunday afternoon as he was trying to take off from Baptiste Lake, Ontario Provincial Police Sgt. Bruce Quigg said. Quigg said no one in the plane was injured.

Robertson's friend Gord Peel told The Belleville Intelligencer newspaper that the other passengers were Robertson's wife, Natalie, and their friends Julie and Jeff Jones.

Peel, who said he has known Robertson for about a decade, arrived on the scene shortly after the crash and found the four friends walking on a road, shaken but unharmed.

He said the plane stalled but Robertson managed to set it straight down into the trees with its nose resting on the ground. They had to get out through the windows but did not have a scratch, he said.

He's recognized around the world as the iconic face of James Bond. But in Britain, Sean Connery is also well known as a proud Scot, and on Monday he returns to his hometown to launch his autobiography.

"Being a Scot" looks at Connery's early life as a milkman in Edinburgh's Fountainbridge neighborhood, then delves into a wide-ranging look at Scottish culture including the work of poet Robert Burns, novelist Sir Walter Scott and Mary, Queen of Scots.

Connery is a vocal supporter of the pro-independence Scottish National Party. He lives in the Bahamas and has said he will not reside in Scotland until it gains independence from the United Kingdom.

He was the first - and, many say, the best - Bond. In a six-decade career, Connery also starred in "Indiana Jones and the Last Crusade," "The Hunt for Red October" and "The Untouchables," which earned him an Academy Award for best supporting actor.

The unveiling of "Being a Scot" coincides with Connery's 78th birthday.

Model Alessandra Ambrosio gave birth to a baby girl in Brazil on Sunday.

"To all of our family and friends, we are pleased to announce that our little princess Anja Louise Ambrosio Mazur was born on Sunday, Aug. 24 at 7:32 p.m.," Ambrosio says in a statement. "She is 6.3 lbs. and absolutely perfect."

The action comedy "Tropic Thunder" weathered a rush of new movies to remain No. 1 for a second-straight weekend with $16.1 million in ticket sales, according to studio estimates.

The Paramount-DreamWorks release - starring Ben Stiller, Robert Downey Jr. and Jack Black as actors caught up in real battle while shooting a war movie - raised its 12-day total to $65.7 million.

"Tropic Thunder" came in just ahead of Sony's campus comedy "The House Bunny," which debuted in second place with $15.1 million. "The House Bunny" stars Anna Faris as an ostracized Playboy bunny who becomes den mother to a sorority of campus misfits.

Salman Rushdie says his mother's gossip had a strong influence on his literary career.

Rushdie says his mother was a "world class gossip" and that it was from her that he got a feel for talking about secrets.

He says things got to the point where she threatened to stop passing him rumors because they kept cropping up in his books.

The 61-year-old novelist says he got into writing because he wanted to bring storytelling back to literature.

In a talk at the Edinburgh International Book Festival, the author said Sunday that his second novel, "Midnight's Children," would have never existed if not for his upbringing in India.

Rushdie says his "Midnight's Children" was set in his home and his school, but says the main character is not him.