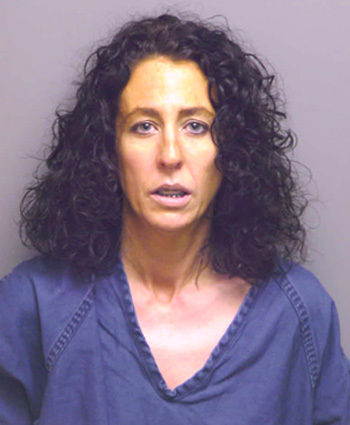 (CBS) A Florida mother upset at the amount of cleavage a woman was exposing at her child's school has gotten some exposure of her own after her arrest on Valentine's Day.

According to the Manatee County Sheriff's police report obtained by The Smoking Gun, Laura Campanello, 43, got into an argument with a sexily clad woman at her son's high school.

Mean words were exchanged, school administrator said he "could not tell this lady how to dress," and cue totally inappropriate behavior.

Campanello reached for the other woman's shirt and "pulled the front of her blouse down, reached in with both hands and pulled both breasts out and squeezed them together," the report states.

Not good. Campanello was arrested for misdemeanor disorderly conduct.