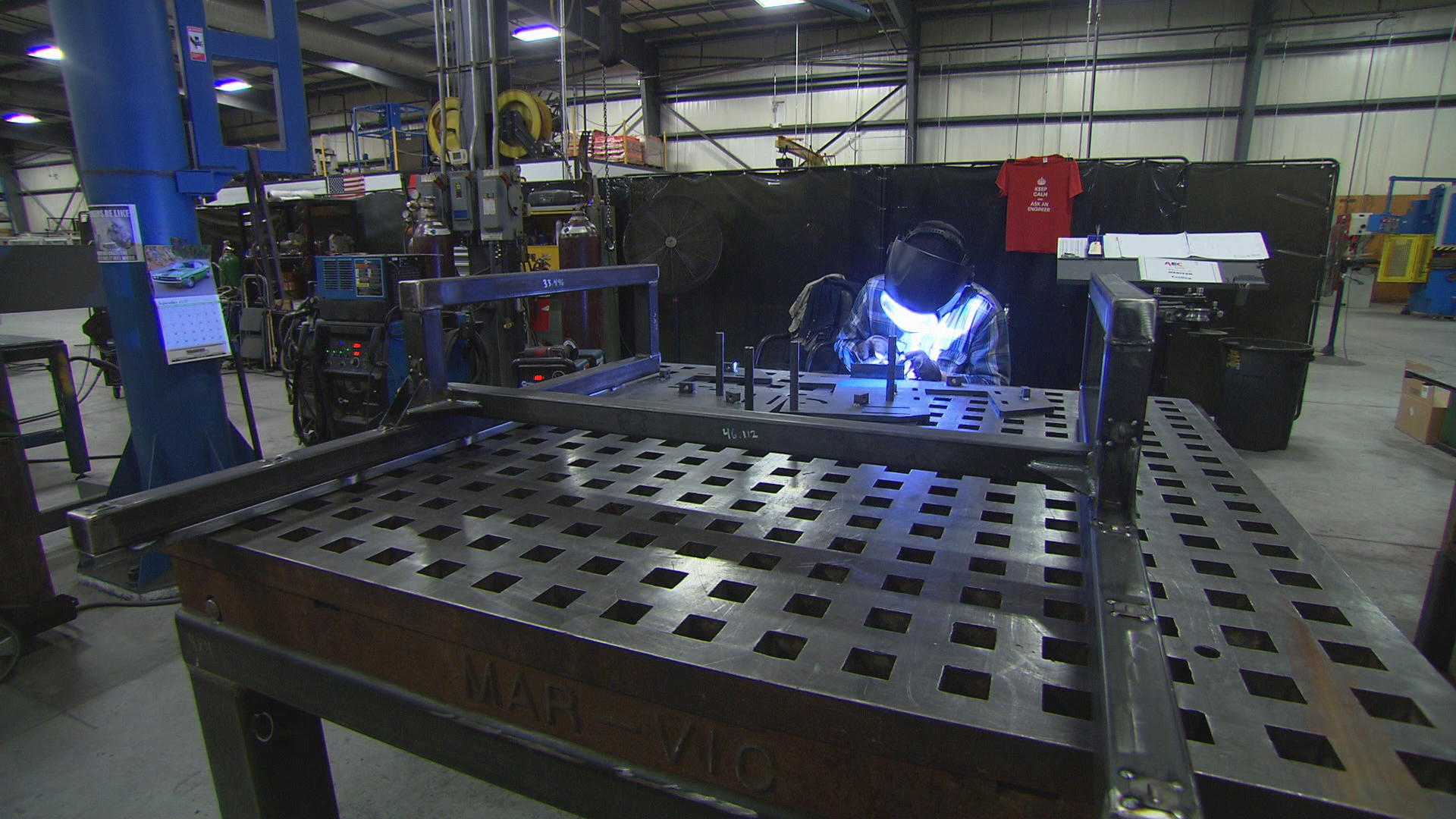 A CBS News investigation this summer uncovered a hidden foreign workforce building auto plants across the country. An American business owner is now speaking out about how the practice hurts American workers.

CBS News found hundreds of Eastern European workers on American construction sites, including factories for BMW and Volvo, reports CBS News correspondent Jim Axelrod. Now, South Carolina business owners tell CBS News they are being undercut by cheap foreign labor, and they've been trying to put a stop to it for years.

Donna Rauch is the CEO of AEC, a company that builds and installs automation equipment from its shop in Greenville, South Carolina, just down the road from dozens of major manufacturing plants.

"We're right in the middle of what should be a very successful place for not only us to be, but for other automation companies," Rauch said.

But Rauch says jobs that could be done by her 50 local employees are instead going to workers hailing from half a world away.

"Our competition is coming in from overseas -- from Poland, Romania, Croatia, Italy," Rauch said.

"Same training and in some ways we have better training because we've been doing it longer," Rauch said. "Much lower cost."

A CBS News investigation this summer discovered hundreds of men from Eastern Europe working for subcontractors on projects in Alabama and Michigan, as well as South Carolina.

They are paid as little as $10 an hour, and brought to the U.S. for six months at a time thanks to these visas, which allow foreigners to supervise work, but not actually do it themselves, a loophole we found being exploited at the expense of American workers.

"It's hard to describe what it's like to sit with an employee and tell them I have to lay you off, I don't have a job for you when you know that other people are taking those jobs," Rauch said.

Rauch and four other South Carolina business executives, who declined to speak publicly for fear of being blacklisted, told us they've made dozens of complaints like these to state officials, starting as far back as 2013.

"We don't want to be upsetting the larger manufacturing companies that are coming in. If we make it hard for them, they won't come," Rauch said.

Over the past decade, South Carolina has handed out hundreds of millions of dollars in tax incentives to lure foreign manufacturers to the state. In exchange, they create permanent American jobs. But there are no requirements the plants themselves must be built by Americans.

"The piece that we're being left out of is during the building of that plant. That's the area that an automation company lives in," Rauch said.

The man who helps secure those deals is South Carolina Secretary of Commerce Bobby Hitt, who worked at BMW for 17 years. Multiple local business owners told CBS News they've complained about foreign workers directly to his office. He declined our request for an interview.

So Axelrod caught up with him on his way into work.

"Why won't you talk to us about this?" Axelrod asked.

"Because I don't know anything about it," Hitt said.

"Well, they say they don't have a level playing field here in South Carolina," Axelrod said.

"Well, I don't know anything about it," Hitt replied.

"Jobs that are supposed to go to Americans and South Carolinians are going to Romanians, and people from the Czech Republic and Poland and Bosnia. Is there merit to what they're saying," Axelrod said.

"I think they would complain to me if there was a problem," Hitt said.

"So if we get in touch with your communication director, are you going to set up an interview? Because she declined our request," Axelrod asked.

CBS News did hear from Hitt's communication director, but they still did not want to schedule an interview about this. For their part, Volvo and BMW told us it is their subcontractors' responsibility to ensure their workers are legally permitted to work in the United States.