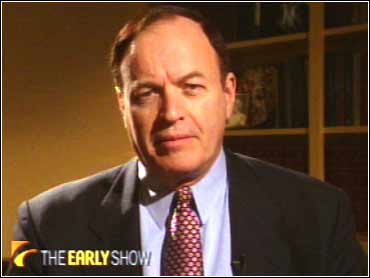 The Bush administration isn't ready to support a GOP senator's proposal to criminalize all leaks of classified information, according to U.S. officials.

A senior official on Wednesday called the proposal problematic, saying that while the administration is opposed to leaks, a new law isn't needed to safeguard national security.

The administration quietly let Sen. Richard Shelby, R-Ala., know it would not support his measure if asked to make a public statement, said the official, speaking on the condition of anonymity.

A spokeswoman for Shelby, ranking Republican on the Senate Intelligence Committee, said Wednesday that Ashcroft told the senator more time was needed to study the issue. Officials said an interagency working group will be formed to review the matter.

Shelby's provision would expand current laws, making it illegal to disclose information on matters beyond those concerning national defense. He said it was intended to clamp down on leaks of classified information to the press — some of which compromised U.S. intelligence operations.

Violators would face a felony charge and up to three years in prison. Open-government, civil-liberties and press groups blasted the proposal, saying it could hinder communication between the government and the public.

Opponents rejoiced at the lack of administration support.

"It's a huge victory for all of us who are opposed to it," said Thomas Blanton, executive director of the National Security Archive, a private group that collects declassified U.S. military and diplomatic documents.

Shelby's proposal was vetoed by President Clinton last year. In 2000, it flew through the intelligence committees as an amendment to the annual bill that funds the CIA and other U.S. intelligence agencies.

There was little public debate until it reached the floor in the House and Senate, where it passed over some objections.

It had received initial support from the Clinton administration, notably from Attorney General Janet Reno, who said it would close a "narrow" gap in existing law. Clinton said the law might "chill legitimate activities that are at the heart of a democracy."

Justice Department spokeswoman Casey Stavropoulos confirmed that Ashcroft was unable to testify, but would not comment on why.