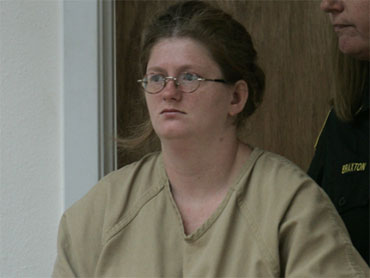 With the nation braced for the increased threat of terror attacks, President Bush welcomed the newest fighters in the war on terror, telling the graduating class of the Coast Guard Academy that they will stand watch for America, reports CBS News Correspondent Mark Knoller.

"America will not relent in the war against global terror," he said at Wednesday's drizzly commencement ceremony.

Despite the recent attacks on Riyadh and Casablanca, Mr. Bush vowed that the U.S. will deny terrorists the sanctuary and bases they need to plan and strike. "We will hunt the terrorists in every dark corner of the earth," he said.

The president said the Coast Guard, which is now under the jurisdiction of the new Department of Homeland Security, was part of America's "shield of freedom."

The rest of Mr. Bush's speech showcased the softer side of foreign policy, as he told the graduates that fighting AIDS, poverty and hunger represent vital American interests overseas.

These goals "will bring greater security to our country," Mr. Bush said. "They are also the moral purpose of American influence. They set an agenda for our government, they give idealistic citizens a great cause to serve."

Doing so will promote the aspirations of nations that "build wealth and prosperity for their people in an atmosphere of stability and order, instead of seeking weapons of mass murder and attacking their neighbors," he said.

The program will send professionals such as doctors, nurses, computer experts and engineers to work with non-governmental groups overseas for weeks or months at a time, said John Bridgeland, director of the White House's Freedom Corps, which promotes volunteerism.

The program will target regions Mr. Bush has singled out for American aid on AIDS, business assistance and hunger.

It will tap thousands of people who have applied to the Peace Corps but who have not been placed, often for lack of openings, and would channel federal money to the non-governmental groups that use the volunteers.

Mr. Bush's aim in the speech was twofold: Persuade other wealthy countries to do more in the global fights against AIDS, hunger, poverty and other ills; and build goodwill in the wake of international opposition to the U.S.-led push for war in Iraq.

But just outside the Coast Guard Academy's gates were reminders of the divisions remaining from the Iraq war. Dozens of protesters awaited the arrival of Bush's motorcade, one holding a sign that said, "What lies next, Mr. Bush?"

The United States has been criticized in the past for having a foreign aid budget that is among the smallest of wealthy countries as a percentage of its gross domestic product — but Mr. Bush's proposed increases to aid levels have muted those complaints somewhat.

The administration has allocated several hundred million dollars in Afghanistan, to build roads, schools and government buildings, to irrigate farmland and to revitalize the country's devastated farm economy. If political conditions permit, ambitious U.S. development schemes also could be put in place for the Palestinian territories and a post-Saddam Iraq.

Last week, the president praised the Senate for approving his proposal to spend $15 billion over five years to combat the global spread of AIDS and help those suffering from the disease in African and Caribbean nations. The House approved the legislation Wednesday, which should put the legislation to Mr. Bush's desk in time for his overseas trip to Europe and possibly the Middle East in June.

After the address, Mr. Bush was returning to the White House for an update from former Sen. John Danforth on his work as the president's peace envoy to Sudan.

Wednesday evening, Mr. Bush was headlining a fund-raiser for congressional Republicans that is expected to bring in at least $12 million, his first fund-raiser since December.