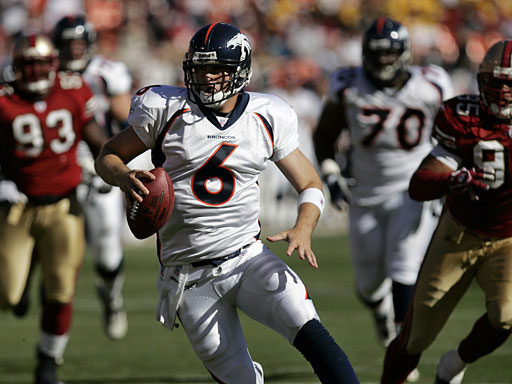 Reversing course, the Bush administration will accept a new, tougher arsenic standard for drinking water that was issued in the last days of the Clinton presidency.

Environmental Protection Agency Administrator Christie Whitman said the decision will reduce the maximum of arsenic allowed in drinking water from 50 parts per billion — a level first set in 1942 — to 10 parts per billion by 2006.

Former President Clinton had adopted the tougher standard three days before leaving office. The Bush administration suspended that action, citing at least $200 million in new costs to local communities and questioning the scientific basis behind the new standard.

"Throughout this process, I've made it clear that EPA intends to strengthen the standard for arsenic by substantially lowering the maximum acceptable level from 50 ppb," Whitman said Wednesday. "This standard will improve the safety of drinking water for millions of Americans and better protect against the risk of cancer, heart disease and diabetes," she said.

The new rule had been suspended until next February, leaving in place the old standard. In July, EPA began gathering public comment and Wednesday was the deadline for submissions.

Last month, the National Academy of Sciences issued a report to Whitman saying the agency had greatly underestimated the cancer risks of arsenic in drinking water.

Space Force commander fired after podcast remarks
Click here for a closer look at the Bush presidency.
Click here for a look at the 107th U.S. Congress.
The risks are much higher than the agency had acknowledged under the Clinton administration as well as the current Bush administration, even for low levels of arsenic in tap water, the report said.

Arsenic is both a naturally occurring substance and industrial byproduct. It is found at high concentrations in Western mining states and other areas heavy with coal burning and copper smelting.

The academy report said even at three parts per billion, the risk of bladder and lung cancer from arsenic exposure is between four and 10 deaths per 10,000 people. The EPA's maximum acceptable level of risk for the past two decades for all drinking water contaminants has been one death in 10,000.

"It's clear that the handwriting was on the wall, that the EPA could not adopt a weaker standard than the Clinton standard," said Erik D. Olson, a senior lawyer for the Natural Resources Defense Council, an environmental group whose lawsuits pushed the Clinton administration to propose a new standard. "But the scientific evidence now proves we need a standard of 3 ppb to protect health."

Whitman had asked the National Academy of Sciences to study the health effects of establishing a standard of 3, 5, 10 or 20 parts per billion. At ach level, the study found, the cancer risks were much higher than the EPA had estimated.

The report pointed to health effects other than cancer that should be considered, including heart disease, high blood pressure and diabetes. It also rejected arguments by industry and some local water utilities that there is a clear, safe threshold below which arsenic does not cause cancer.

Lawsuits by NRDC since last year initially prompted the Clinton administration to propose a standard of 5 ppb, but after industry protests it was set at 10 ppb.

Congress amended the 1974 Safe Water Drinking Act last fall and ordered the EPA to adopt a new arsenic standard by this summer.

"The administration had no choice," Sen. Barbara Boxer, D-Calif., said Wednesday, adding she would now push for a lower standard.

"Their own study undermined their dangerous position that the 50 ppb standard could continue until further notice," Boxer said. "They had no choice but to do this, but now the bar is higher because the study said that even at 3 ppb the arsenic is very dangerous."