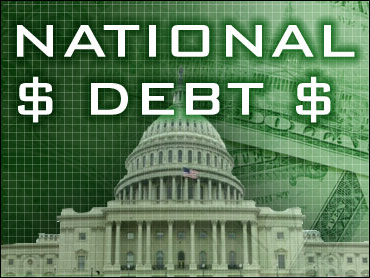 Without comment or ceremony, President Bush on Tuesday signed a bill allowing a record $984 billion increase in the amount the federal government can borrow, to a record $7.4 trillion.

The increased federal borrowing will enable the government to pay for the $350 billion economic stimulus package that the GOP-led Congress passed last week at Mr. Bush's behest.

Mr. Bush will hold a signing ceremony at the White House on Wednesday to celebrate passage of that legislation, White House spokesman Ari Fleischer announced. The package includes $330 billion in tax cuts and $20 billion in aid for states.

Passage of the bill raising the nation's debt ceiling came last Friday, only hours after the tax-cut bill was approved. Congressional Democrats had sought to spotlight the federal IOUs that have resumed piling up under Mr. Bush.

But Republican leaders maneuvered to get the debt-ceiling measure passed quickly, and with little fanfare.

The Senate gave the bill final congressional approval by 53-44 on Friday.

Republican leaders did not bring the measure to the Senate floor until the House had left town for a weeklong Memorial Day recess.

The House had avoided a direct vote on the debt limit by reviving a rule that made its approval of a borrowing increase automatic when Congress finished its annual budget last month.

After running annual surpluses during the last four years of the Clinton administration, federal deficits have returned. This year's is expected to well exceed $300 billion, a record, and huge future shortfalls are expected with no end in sight.

Mr. Bush's signing of the bill — announced in a statement with a single sentence — will enable the government to borrow money until sometime next year.

The Treasury Department had warned it needed the extension by this week "to preserve the confidence in the U.S. government and to prevent uncertainty that would adversely affect our economic recovery."

Failure to extend the borrowing limit could have led to a first-ever federal default — for which neither party would want to be blamed.

The current $6.4 trillion limit was breached earlier this year, and Treasury paid its bills by shifting money from government retirement and other funds, maneuvers it said it could not make again.

By 52-47, the Senate rejected a Democratic amendment that would have limited the increase to $350 billion — the same size as the package of tax cuts and aid to states.

It would also have forced lawmakers to revisit the issue later this year, when Democrats could have used it again to focus on the government's fiscal status.

Another Democratic amendment, defeated by the same margin, would have put the Republican-controlled Senate on record as opposing any increase in the annual cost-of-living increases for Social Security recipients.

Republicans wanted to prevent Democrats from using that vote against GOP incumbents in campaign ads next year.

The GOP-backed tax cuts could end up costing more than $330 billion if measures that are now temporary, like the rollback of the tax on dividends, are made permanent, as many expect.