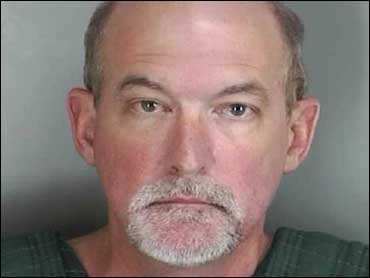 Hoping to spur Congress to devote $6 billion to preparing for a bioterrorism attack, President Bush took a firsthand look Tuesday at an early-warning network that tracks patients' symptoms in search of signs of deadly diseases.

The president stood on stage in front of a row of doctors in white lab coats, a contrast to the dozens of uniformed soldiers he posed with at a Florida air base on Monday, when he pitched his plan to give the U.S. military its biggest budget increase in 20 years.

Mr. Bush, along with Health and Human Services Secretary Tommy Thompson and Homeland Security Director Tom Ridge, came to the University of Pittsburgh Medical Center to see the Real Time Outbreak and Disease Surveillance project, which gathers and analyzes clinical information on 1,000 patients at 17 area hospitals.

Mr. Bush compared the effort to the old DEW (Distant Early Warning) line along the Arctic Circle that was in place to warn of air attacks. He noted the spread of anthrax via mail last fall, and said health information must be shared more efficiently, in addition to expanding antibiotic and vaccine stockpiles, "if America is going to be as safe as it possibly can be."

"We've got to be able to talk to each other better," he said. "We were able to save lives during the anthrax outbreak, but some infections were identified too late, and some people were too badly infected to save. ... I ask Congress to support me on spending this money."

During his tour of the medical center, the president also got a close-up look at some anthrax spores. He examined a non-virulent strain of anthrax through a microscope, reports CBS News Correspondent Mark Knoller.

Dr. A. William Pasculle, director of clinical microbiology, assured the president that the spores he saw were a harmless strain used to vaccinate cattle.

"Because we've been using it for three months," Pasculle replied.

So far, the network project has been tested only with outbreaks of flu or other similar sicknesses. It will be used next week during the Winter Olympics in Salt Lake City, Johndroe said.

Health officials will set up one facility to gather information from regional hospitals, clinics and Olympic medical support, such as the athletes' village or event venues, "so they can monitor anything going on, especially if it is unusual," Johndroe said.

In Washington, a Senate ubcommittee opened hearings on how to better coordinate the response of the nation's institutions before another biological attack occurs.

Click here to learn more about biological and chemical threats.
"President Bush said he would not wait on events while dangers gather around the American people. I agree," said Sen. Ron Wyden, D-Ore., chairman of the Senate Commerce subcommittee on science. "America must marshal the effort of technical experts and entrepreneurs, top scientists and medical minds before the next bioterror event."

The panel was to hear testimony on vaccine development and emergency medical response coordination from a panel of academic and scientific experts.

Barely a budget blip before Sept. 11, bioterrorism accounts for some of the largest increases the president is proposing.

Ridge noted that, when combined with money already approved for this year, bioterrorism preparation would see nearly $10 billion over just two years, "which is absolutely unprecedented." It's needed, he said, to combat what the budget proposal called "a new American vulnerability laid bare." Before Sept. 11, the government was spending less than $1.5 billion each year.

Ridge added that much of the spending will improve the public health system generally.

Research into treatments and vaccines for biological agents, for instance, may be helpful in treating more common killers such as malaria, tuberculosis or the flu. Improving labs and computer systems for local public health agencies, experts say, will be useful whether people are getting sick due to terrorism or a natural outbreak.

The biggest slice of bioterrorism spending — more than $1.7 billion — would pay for medical research. It constitutes nearly half of the massive increase slated for the National Institutes of Health.