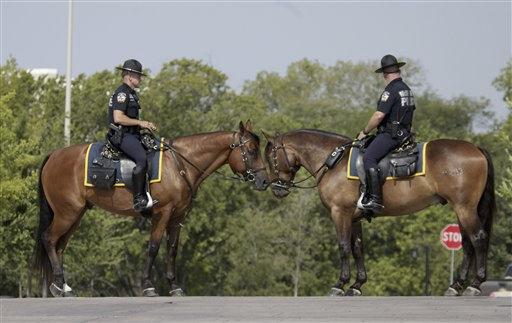 President Bush elevated Stephen Johnson, the acting head of the Environmental Protection Agency, nominating him to the top job on a full-time basis on Friday. Bush called Johnson "the first professional scientist to lead the EPA."

Johnson, a career government employee who has been with the agency for 24 years, had become its temporary head six weeks ago. Bush announced the nomination in a ceremony in the White House Roosevelt Room.

"He knows the EPA from the ground up and has a passion for its mission," Bush said. If confirmed by the Senate, Johnson would become the first professional scientist to head the agency and would be its 11th administrator.

"He will listen to those closest to the land because they know our environmental needs best," Bush said of Johnson, 53.

Bush called Johnson "a talented scientist and skilled manager with a lifelong commitment to environmental stewardship."

Bush urged the Senate "to confirm this nomination promptly."

Bush said one of Johnson's top jobs would be to "lead federal efforts to ensure the safety of our drinking water supply," saying the EPA has "an important role in the war on terror."

For his part, Johnson told Bush, "We have made great strides in environmental protection."

"If confirmed, it will be my distinct privilege to serve you and our nation to continue to advance an environmental agenda while maintaining our nation's economic competitiveness," Johnson said.

Bush's top environmental priority is to rewrite air pollution laws and regulations, although his agenda could be overshadowed by an international climate treaty taking effect without U.S. participation.

Bush, whose new federal budget would cut EPA spending 5.6 percent from the year before, hopes finally to persuade Congress to pass his stalled "Clear Skies" plan for curtailing power plant pollution but not emissions of carbon dioxide, the main greenhouse gas linked to global warming.

Tough court fights loom on his easing of rules that require older industrial plants and refineries to add pollution controls if they expand. Under court order, the EPA is due to introduce by March the first national cap on mercury emissions.

Bush plans to cut spending on low-interest loans for local clean water projects and to seek more federal support for development of a hydrogen-fueled car.

He also wants to overturn a Clinton-era ban on 58 million acres of roadless areas and allow logging and road-building in them unless governors petition the federal government to preserve them. He would keep Yellowstone National Park open to snowmobiling, despite a challenge in federal court.

He assumed the position with the stated goal of promoting and maintaining the utilization of sound science while using collaborative, innovative approaches to solving environmental problems.

The EPA implements and enforces the nations federal environmental laws and regulations; the Agency has over 18,000 employees nationwide and an annual budget of $8.6 billion.

Johnson, is a native of Washington, D.C., who has held a variety of positions at EPA, particularly working in pesticides and toxic substances.