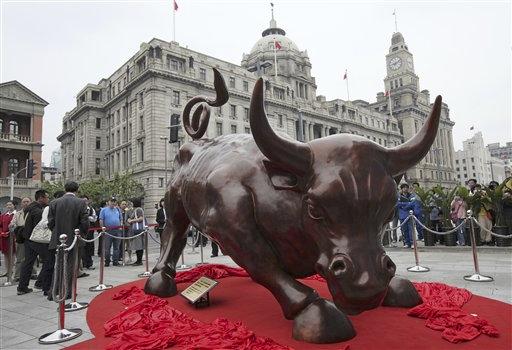 After days of making hay over lost Iraqi explosives, John Kerry's campaign is seizing on an expanding FBI probe of Halliburton Co. as evidence the administration gives "special favors" to special interests. President Bush received affirmation of his wartime leadership in a very public salute from his former war commander.

Fresh off a World Series win with Kerry's hometown Red Sox, Boston pitcher and Bush fan Curt Schilling was stumping for the president Friday in New Hampshire, with California Gov. Arnold Schwarzenegger in the wings for an appearance with Mr. Bush later in Ohio.

But the stars that counted for Mr. Bush on Thursday were those earned by a lineup of retired military officers who joined him before a crowd of more than 10,000 in suburban Cleveland. Chief among the brass, retired Gen. Tommy Franks, who oversaw the combat in the Afghan and Iraqi campaigns, saluted Mr. Bush on the stage and said Kerry "disrespects our troops."

"God bless you, Tommy," Mr. Bush said as he took the microphone from him.

Kerry bolted the Midwest for Florida, his campaign sorting through a series of unwelcome developments for the other side.

This late in the game, any miscue is ripe for exploitation, and the Republicans committed a few — in one instance watching former New York Mayor Rudy Giuliani explain himself after seeming to blame troops in Iraq for the missing explosives.

Kerry's running mate quickly went on the offensive when word came out that the FBI has begun investigating whether the Pentagon improperly awarded no-bid Iraq reconstruction contracts to Halliburton Co., the Houston-based company formerly headed by Vice President Dick Cheney.

"At every turn for the past four years, George Bush and Dick Cheney gave out special favors and looked out for their special interest friends," Sen. John Edwards said.

He told 3,000 people at a Davenport, Iowa, rally, "You cannot stand with Halliburton, big oil companies and the Saudi royal family and still stand up for the American people."

Still, the matter is far from closed. Documents obtained by The Associated Press show FBI agents sought permission this week to interview Bunnatine Greenhouse, the Army Corps of Engineers' chief contracting officer who went public with allegations that her agency unfairly awarded contracts worth billions of dollars to Halliburton subsidiary KBR.

The Bush campaign, seeing an unusual opportunity to make gains in exotic Democratic turf, said Thursday that Cheney would go to Hawaii for a rally Sunday night, a striking investment of time and travel for a state Republicans rarely think they can win.

"We are competitive in the state; this is a very close race," spokeswoman Anne Womack said, attributing growing GOP support to fears of terrorism in the tourist haven.

National polls showed Mr. Bush with slight leads — 49 to 48 percent in a Washington Post tracking poll, 48 to 46 percent in a Reuters/Zogby survey. Both leads were within the respective margins of error.

New battleground surveys suggested Kerry was leading in Ohio and Michigan, Mr. Bush was ahead in Florida and the two were tied in Iowa, Minnesota, Wisconsin, Pennsylvania and Oregon. Kerry was sending his daughter Alex to campaign in Hawaii, which Democrat Al Gore won by nearly 20 points in 2000.

Mr. Bush told USA Today he hasn't spent any time worrying that the campaign could end with no clear winner, as the 2000 race notoriously did.

Kerry, also speaking with USA Today on Thursday, said he believes the outcome will be known Tuesday night, "just like I believed the Red Sox would win the World Series."

Mr. Bush launched a stinging character assault on Kerry, telling thousands in Saginaw, Mich., "a president cannot blow in the wind, a president must make tough decisions and stand by them."

Bush advisers said their candidate was making gains in internal polls until Kerry's relentless attack on the disappearance of nearly 400 tons of explosives from an Iraqi weapons dump — an occurrence dating from the fall of Baghdad last year that both sides acknowledge is not fully understood.

Franks counterpunched, saying troops have destroyed 240,000 tons of Iraqi munitions, control an additional 162,000 tons and have cleared 10,000 ammunition and weapons sites. He said Kerry has no standing to label Mr. Bush as negligent on the missing cache.

"He cannot lead troops to victory in a war when he has made it perfectly clear that he does not support the cause," Franks said of Kerry.

The Democrat voted to authorize the president to go to war with Iraq but said he did so based on flawed intelligence and Mr. Bush's assurances that he would build a true coalition and use his warmaking power as a last resort.

In an interview Thursday with NBC, Kerry said that if he'd been president then, "we might have gone to war," but he would have done so in a way that ensured "the American people weren't carrying the burden and the entire world understood."

Of Saddam Hussein's fate, Kerry said: "It's absolutely impossible and irresponsible to suggest that if I were president, he wouldn't necessarily be gone. He might be gone. Because if he hadn't complied (with U.N. demands), we might have had to go to war."