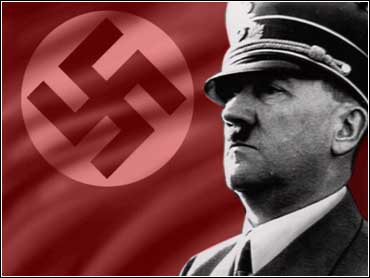 A production company executive working on a CBS miniseries about Hitler has resigned in the wake of attention stirred by his comments about the project.

Ed Gernon, an executive producer on "Hitler: The Rise of Evil," was asked to leave Alliance Atlantis earlier this week, Daily Variety reported. He was an executive vice president of movies and miniseries for the company.

Gernon gave an interview to TV Guide in which he said that fear was behind the German public's acceptance of Hitler's policies.

Gernon also said Americans were supporting President George W. Bush's Iraq policy "because of the fear of what will happen if they don't." He was not quoted directly linking Bush to Hitler.

A message left Friday with Alliance Atlantis for Gernon was not immediately returned.

Both CBS and Alliance Atlantis, while declining to comment on Gernon's departure, were critical of his comments and said they were not representative of the project.

CBS has already faced criticism over the miniseries which depicts a young Hitler and his rise to power. Some observers have said they fear it will humanize him.

"We found Mr. Gernon's comments to TV Guide to be insensitive and outright wrong," the network said in a statement Thursday. "His personal opinions are not shared by CBS and misrepresent the network's motivation for broadcasting this film."

Alliance Atlantis said in a statement that it does not discuss employment issues as a matter of policy. The company added that Gernon's comments do not represent its views or the miniseries' "purpose."

The four-hour drama, starring Robert Carlyle as Hitler before he became leader of Nazi Germany, is scheduled to air in the United States May 18 and 20.