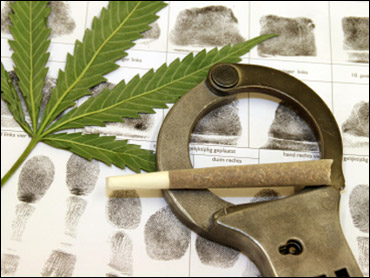 President Bush on Tuesday set a goal of reducing illegal drug use by 25 percent over the next five years by improving law enforcement and treating more addicts.

His administration's anti-drug strategy seeks a 10 percent reduction in drug use within two years.

"We're putting the fight against drugs in the center of our national agenda," Mr. Bush said in an East Room ceremony attended by lawmakers, ambassadors and anti-drug officials.

"We've got a problem in this country: Too many people use drugs," he said. "This is an individual tragedy and as a result it is a social crisis."

The subject had to be an especially personal one for the president. His niece, Noelle Bush, has been admitted to a drug treatment program, her lawyer said, after having been accused of prescription drug fraud.

Mr. Bush called on families, religious organizations and community groups to join the fight against drugs. He told parents they should remind their children every day that they love them, adding: "If you love somebody, you'll also tell them not to do drugs."

As he did last year, Mr. Bush seemed to lay some of the blame for the stubbornness of the drug problem on the Democratic administration of his predecessor, former President
Clinton, an allegation hotly denied by Clinton loyalists. Mr. Bush said drug use among high school seniors dropped each year from 1985 to 1992, but that "in recent years we have lost ground." Mr. Clinton took office in 1993.

The attacks of Sept. 11 and subsequent push to punish those responsible gave Mr. Bush some ammunition to emphasize for his drug strategy: defeating terrorism.

"The terrorist attacks of Sept. 11 have created a new awareness of our domestic vulnerability and highlight the need for an examination of how we do business at our borders," Mr. Bush's report said.

The strategy is based on making existing anti-drug programs more efficient and reducing public tolerance for drug use, White House drug policy director John Walters said in an interview.

"We have to undermine the cynicism that people are always going to use drugs at roughly the same amount that they're using now. That's not true. And my goal is to demonstrate that's not true," he said.

Walters' priorities include identifying drug users who need treatment but are unlikely to seek it; helping recovering addicts stay clean; disrupting money laundering networks; and gleaning better intelligence about drug distribution networks so they can be broken up.

The report comes two months after Walters was confirmed for the Cabinet-level post over the objections of some top Democrats. A protege of former drug policy director William Bennett, Walters was seen as being more focused on punishing traffickers and fighting drugs abroad than in helping drug users through treatment programs.

Walters' critics say he's done nothing so far to prove them wrong.

"It's drug war on autopilot. It's not anything any different than what we've seen," said illiam McColl of the Drug Policy Alliance, which favors decriminalization of drugs.

McCall also criticized the White House's anti-drug advertising campaign, which was unveiled during the Super Bowl. The campaign's message is that money used to buy drugs may benefit terrorists.

Walters said parents have found the ads to be helpful in discussing drugs with their children. "It was one of the most powerful media concepts we ever looked at," he said.

The White House report strikes back at Walters' critics by referring to them as "self-styled drug policy reformers" and saying that legalization efforts have frustrated progress toward reducing illegal drug use.

To crack down on Caribbean smuggling, the Bush government will attempt to increase maritime cooperation by employing "more agile interdiction packages" such as a ship, an armed helicopter and a pursuit boat to disrupt trafficking.

As Afghanistan is reconstructed, U.S. objectives include ensuring that illegal drug income will "never again finance regional instability or the threat of international terrorism," the report said.

Mr. Bush emphasized a desire to get treatment for drug users and proposed $3.8 billion for drug treatment for the 2003 budget, an increase of more than 6 percent over the current fiscal year.

He proposed $2.3 billion for drug interdiction, up 10 percent over the current year, and will continue targeting the supply of illegal drugs in Latin America, requesting that the Andean Counterdrug Initiative be applied in Bolivia, Brazil, Colombia, Ecuador, Panama, Peru and Venezuela.