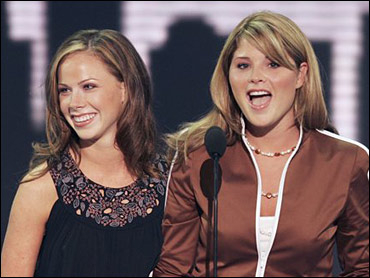 (AP)
Four days before leaving office, President Bush signed a directive authorizing the Secret Service to provide a period of extended protection for his daughters Jenna and Barbara.

Last week, the Service mistakenly said that President Obama had signed an Executive Order on behalf of his predecessor's daughters.

Under the law, the adult children of an American President lose their Secret Service protection when their father leaves office.

But following the lead of Bill Clinton, who authorized an extended period of coverage for daughter Chelsea, Mr. Bush made the same provision for his daughters. He signed a presidential directive on January 16, 2009. The Secret Service requested that the length of the additional protection not be disclosed.

A Secret Service spokesman admits getting it wrong last week when he told the Washington Post that Mr. Obama signed an Executive Order authorizing extended protection for the Bush daughters.

The issue came up when it was learned that a van used by the Secret Service detail assigned to Jenna, had been towed by Baltimore Police because it had accumulated six unpaid parking tickets.

Note: CBS News state department reporter Charles Wolfson reports that former Secretary of State Condoleezza Rice also received some extended protection from the State Department's bureau of diplomatic security after she left office. It is not known how long the protection lasted or if it still in effect. However, it should be noted that this is not unprecedented as former Secretary of State Madeline Albright also received similar extended protection for approximately six months after she left office.