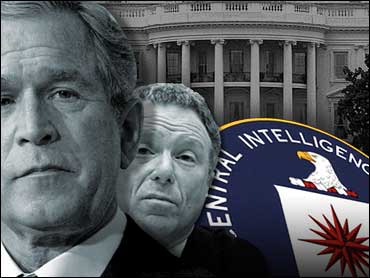 President Bush spared former White House aide I. Lewis "Scooter" Libby from a 2½-year prison term in the CIA leak case Monday, stepping into a criminal case with heavy political overtones on grounds that the sentence was just too harsh.

Bush's move came hours after a federal appeals panel ruled Libby could not delay his prison term in the CIA leak case. That meant Libby was likely to have to report to prison soon and put new pressure on the president, who had been sidestepping calls by Libby's allies to pardon the former chief of staff to Vice President Dick Cheney.

"I respect the jury's verdict," Bush said in a statement. "But I have concluded that the prison sentence given to Mr. Libby is excessive. Therefore, I am commuting the portion of Mr. Libby's sentence that required him to spend thirty months in prison."

Bush left intact a $250,000 fine and two years probation for Libby, and Bush said his action still "leaves in place a harsh punishment for Mr. Libby."

White House press secretary Tony Snow denied that the president acted under any pressure from Libby's friends, reports CBS News correspondent Bob Orr. He said Mr. Bush considered every option including a full pardon but decided commuting the sentence was the most appropriate course.

Libby was convicted in March of lying to authorities and obstructing the investigation into the 2003 leak of CIA operative's identity. He was the highest-ranking White House official ordered to prison since the Iran-Contra affair.

Reaction was harsh from Democrats.

"As Independence Day nears, we are reminded that one of the principles our forefathers fought for was equal justice under the law. This commutation completely tramples on that principle," Sen. Charles Schumer, D-N.Y., said through a spokesman.

"That's fantastic. It's a great relief," said former Ambassador Richard Carlson, who helped raise millions for Libby's defense fund. "Scooter Libby did not deserve to go to prison and I'm glad the president had the courage to do this."

Bush said Cheney's former aide was not getting off free.

"The reputation he gained through his years of public service and professional work in the legal community is forever damaged," Bush said. "His wife and young children have also suffered immensely. He will remain on probation. The significant fines imposed by the judge will remain in effect. The consequences of his felony conviction on his former life as a lawyer, public servant and private citizen will be long-lasting."

A spokeswoman for Cheney said simply, "The vice president supports the president's decision."

The president's announcement came just as prison seemed likely for Libby. He recently lost an appeals court fight that was his best chance to put the sentence on hold, and the U.S. Bureau of Prisons had already designated him inmate No. 28301-016.

Bush's statement made no mention of the term "pardon," and he made clear that he was not willing to wipe away all penalties for Libby.

The president noted Libby supporters' argument that the punishment did not fit the crime for a "first-time offender with years of exceptional public service."

Yet, he added, "Others point out that a jury of citizens weighed all the evidence and listened to all the testimony and found Mr. Libby guilty of perjury and obstructing justice. They argue, correctly, that our entire system of justice relies on people telling the truth. And if a person does not tell the truth, particularly if he serves in government and holds the public trust, he must be held accountable."

Bush then stripped away the prison time.

The leak case has hung over the White House for years. After CIA operative Valerie Plame's name appeared in a 2003 syndicated newspaper column, Special Prosecutor Fitzgerald questioned top administration officials, including Bush and Cheney, about their possible roles.

Nobody was ever charged with the leak, including Deputy Secretary of State Richard Armitage or White House political adviser Karl Rove, who provided the information for the original article. Prosecutors said Libby obstructed the investigation by lying about how he learned about Plame and whom he told.

Plame believes Libby and other White House officials conspired to leak her identity to reporters in 2003 as retribution against her husband, Joseph Wilson, who criticized what he said was the administration's misleading use of prewar intelligence on Iraq.

Attorney William Jeffress said he had spoken to Libby briefly by phone and "I'm happy at least that Scooter will be spared any prison time. ... The prison sentence was imminent but obviously the conviction itself is a heavy blow to Scooter."