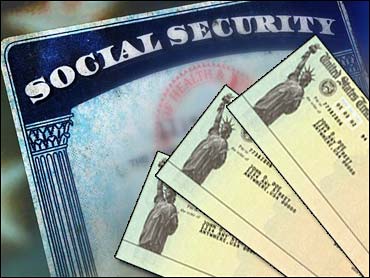 If President Bush gets his way, the venerable $255 Social Security death benefit will fade into history. And 16- and 17-year-old high school dropouts will lose their monthly survivor payments.

Not, however, if Democrats get their way.

"The Republican Congress has given a whole new meaning to the term 'women and children first,"' Illinois Rep. Rahm Emanuel, chairman of the House Democratic campaign committee, said Tuesday.

"There they go again," said New York Sen. Chuck Schumer, who heads the party's Senate campaign effort. "They can't resist trying to cut Social Security, and to cut a survivor, a widow or widower's benefits, it just shows how warped the priorities are in this budget."

White House officials defended the proposals, included in the budget that Mr. Bush submitted to Congress on Tuesday and estimated to trim costs by $3.4 billion over the next decade.

"Children who have lost a parent need every assistance and encouragement we can provide, and everything the federal government can do to encourage them to stay in school and get an education makes it that much more likely that they can succeed," said Scott Milburn, a spokesman at the Office of Management and Budget.

"Linking benefits to school attendance provides that encouragement and is, in fact, currently the rule for 19-year-olds. We think more children can be helped by lowering that age to 16," he said.

Congressional aides said Jo Anne Barnhart, the Social Security Commissioner, had told them during a closed-door briefing on Monday that the $255 one-time death benefit has become an administrative burden, since it is not paid in all cases.

Mark Lassiter, a spokesman at the Social Security Administration, said the benefit "bears no relation to what a person's funeral expenses are or to any of workers' earnings levels. We believe that eliminating it is not going to cause an appreciable financial hardship to a survivor."

Administration officials said the payment began as a burial benefit in 1939 to assist families with funeral expenses. The amount was set at $255 in 1952 and, until 1981, the payment was made directly to funeral homes, they said.

In addition, it calls for the Social Security Administration to implement a new system to obtain accurate information about the state and local pensions paid to retirees who also qualify for federal retirement benefits.

Together, the proposals relating to disability payments and state and local retirees would save an estimated $2.8 billion over the next decade, according to administration estimates.

Unlike a year ago, Social Security did not figure prominently in Mr. Bush's legislative agenda. Then, fresh off a re-election campaign, he urged lawmakers to overhaul the program to create personal savings accounts while cutting back on future benefits for workers who are younger than 55.

Democrats rallied in opposition, and Republicans shrank from the political challenge of remaking a program that provides benefits to millions of elderly voters.

The budget the president submitted to lawmakers this week renews his call for the changes. This time, there is no evidence he intends to push for their enactment.