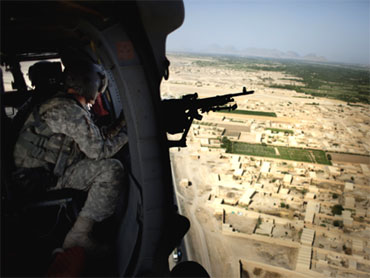 President Bush reversed course Wednesday and agreed to extend the deadline for the commission investigating the Sept. 11, 2001 terrorist attacks on the United States.

The 10-member bipartisan National Commission on Terrorist Attacks Upon the United States requested an extension from Congress of at least two months past its May 27 deadline.

The commission had said it cannot finish its final report before late July, putting it at odds with House leaders who opposed a delay that would push the report's release closer to the November election.

The Bush administration and congressional leaders had suggested a delay was unlikely.

The reversal is the second White House shift on investigations this week. On Monday, Mr. Bush said he would appoint a panel to probe intelligence failures on Iraq and other countries.

Commissioners decided they needed more time because the group had been bogged down by disputes with the administration and New York City authorities over access to documents and witnesses, according to a person familiar with the commission who spoke on condition of anonymity.

"More than anything, the families just want an extension to enable them to have a comprehensive final report," said Kristen Breitweiser of New Jersey, who successfully lobbied for the independent commission after her husband Ronald died in the attacks.

The panel is examining what U.S. officials could have done to prevent the 2001 catastrophe that killed more than 3,000 Americans at the World Trade Center, the Pentagon and in southwestern Pennsylvania.

The commission was established by Congress to study the nation's preparedness before Sept. 11 and its response to the attacks, and to make recommendations for guarding against similar disasters. The panel said last month that U.S. authorities missed some obvious signs that might have prevented some of the Sept. 11 hijackers from entering the country.

Four of the hijackers' passports were recovered, including one found on the street minutes after the plane he was aboard crashed into the north tower of the World Trade Center.

Government officials have said the 19 hijackers entered the country legally, but the panel said its investigation found at least two and as many as eight had fraudulent visas. The commission also found examples in which U.S. officials had contact with the hijackers but failed to adequately investigate suspicious behavior.

For example, Saeed al Ghamdi was referred to immigration inspection officials in June 2001 after he didn't provide an address on his customs form and had only a one-way plane ticket and about $500. Al Ghamdi was able to persuade the inspector that he was a tourist.

The panel also found that at least six of the hijackers violated immigration laws by overstaying their visas or failing to attend the English language school for which their visas were issued.

And Khalid Sheikh Mohammed, believed to be the mastermind of the Sept. 11 attacks, exploited the fact that customs officers did not routinely collect fingerprints to obtain a visa, even though federal authorities in New York indicted him in 1996 for his role in earlier terrorist plots. He never entered the country and was apprehended after the attacks.

The commission said part of the problem was a lack of coordination among immigration officials and a focus on keeping out illegal immigrants rather than keeping out potential terrorists.

The commission detailed other government missteps prior to September 2001:

Three of the hijackers, al Ghamdi, Khalid al Mihdhar and Hani Hanjour, submitted visa applications with false statements about never previously applying for a visa, something that could have been easily checked.

One hijacker, Ziad Jarrah, entered the United States in June 2000 on a tourist visa and then enrolled in flight school for six months. He never filed an application to change his status from tourist to student. Had the immigration officials known, it could have denied him entry on three subsequent trips.

The commission is also looking into what Mr. Bush knew about terrorist threats, with particular attention to the president's daily intelligence briefings during the summer before the attack.