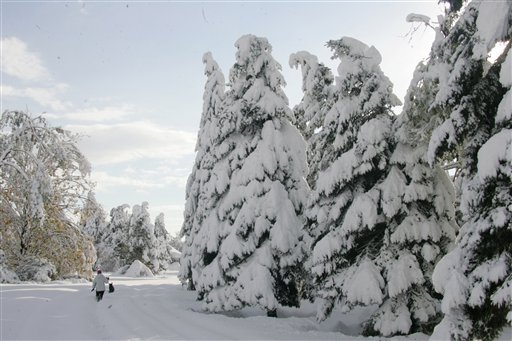 Read his lips: no more questions about drugs.

Republican presidential front-runner George W. Bush is sticking to his pledge not to answer any more questions concerning past drug use.

During a campaign stop Tuesday night in Council Bluffs, Iowa, the Texas governor doggedly rebuffed one reporter's repeated attempts to ask if he thinks his image is being redefined by the drug issue.

"I'm not going to talk about it anymore," he repeated, clearly agitated. "I think it's time somebody stood up and said we're going to cleanse the system of rumors and gossip and innuendo."

When asked what he thinks of his public image sans any reference to the drug speculation, Bush said, "I think I'm doing pretty well."

Barbara Bush says questions about her son's possible cocaine use decades ago are "fair" but "ridiculous." The former first lady tells a New Hampshire television station (WMUR) that what a candidate may have done 25 or 30 years ago shouldn't matter.

George W. also addressed questions about his stance on campaign finance reform. With his campaign coffers set to top $50 million by the end of the month, Bush said he would like to see the individual donation limit of $1,000 raised "to make it easier for candidates to raise money."

He added that campaign regulations should ban corporate contributions when shareholders and union members have no voice in where the donation goes.

"Head Start has done a good job in providing health needs," the Texas governor said at Our Lady of Guadalupe-St. Agnes Mission School. "I believe it ought to include an education program as well."

Head Start is a national program that provides development services for low-income, preschool children ages 3 to 5. Funding is provided through the federal Health and Human Services Department's Administration for Children and Families.

Bush plans to disclose his plans for Head Start on Thursday at a stop in Los Angeles.

Bush's emphasis on education and his call to keep the U.S. Department of Education under fire from a number of conservative Republicans may sound like the battle cry of a Democrat.

But those policies would be cogs of a larger education plan that includes local control for schools and school vouchers allowing public school students to transfer to private schools ideas that help define Bush as a Republican.

The presidential hopeful who went to college at Yale and Harvard said his job as president will be to "set a tone" for a heightened emphasis on education.

"I believe every child can read," Bush said. "And I believe that ought to become the whole mentality of our education programs, and that we ought to expect the very best for everybody.

While Bush would not stop talking about education, he averted questions about the size of his growing campaign war chest.

"I know there are some who are talking about my capacity to raise money, particularly some of my opponents," he said. "I would suggest that if you ask them, they would like to trade places."

Bush also met privately with a group of Hispanic business leaders at the school.

At a tour of ConAgra Inc.'s headquarters in downtown Omaha, Bush stressed the need to establish trade with China and increase support of the North America Free Trade Agreement to boost a struggling farm economy. He said Congress needs to match temporary worker permits for immigrants with job demand and availability.

"If you can make 50 cents in Mexico and $50 in Nebraska, you're coming," Bush said of the influx of Hispanic immigrants to the state.