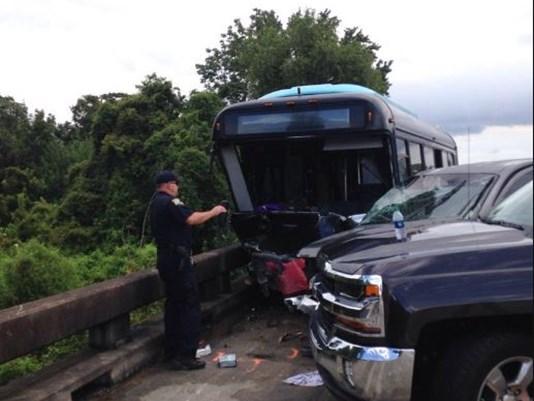 Louisiana State Trooper Melissa Matey said the bus driver did not have a commercial license and was not authorized to drive a bus. Louisiana State Police say the driver was a Honduran man who had entered the United States illegally.

Matey said those killed Sunday morning include a local fire chief. She says Chief Spencer Chauvin was among three firefighters thrown off the raised section of Interstate 10 near LaPlace and into water below.

Trooper Melissa Matey says Jermaine Starr of Moss Point was killed when the bus rear-ended the Toyota Camry in which he was a rear-seat passenger. Another passenger was critically injured, and the driver and third passenger were seriously injured. All are also from Moss Point.

She says the 30 to 40 people on the bus suffered minor to moderate injuries.

Matey describes them as volunteers heading from New Orleans to Baton Rouge to help flood victims.