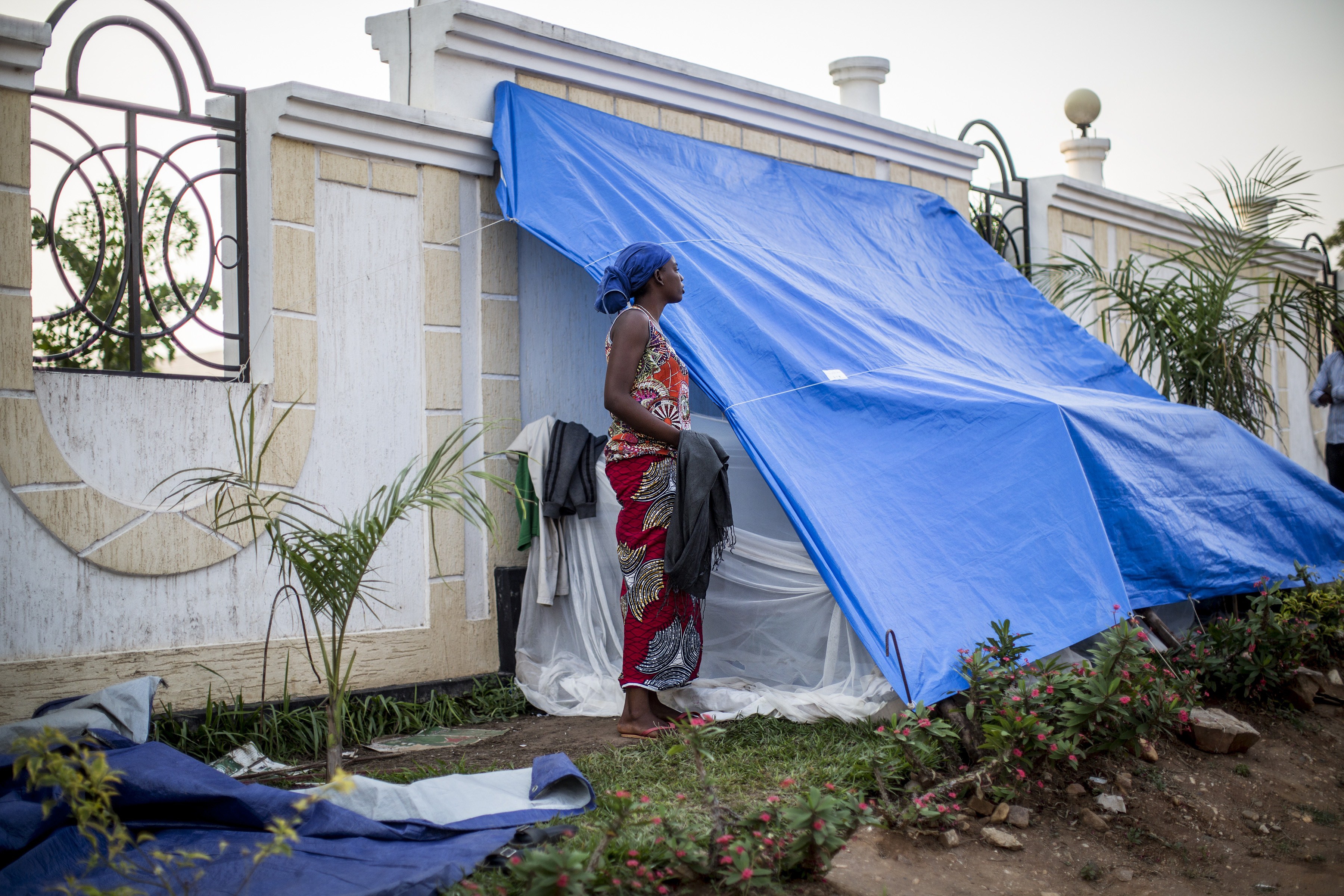 BUJUMBURA, Burundi - Students who had camped outside the U.S. Embassy in Burundi's capital for weeks clamored over the wall and under a gate Thursday to seek refuge inside the fortified compound, from the violent political crisis gripping their nation.

The U.S. Embassy in Bujumbura confirmed that about 100 students "peacefully remain" in the embassy's parking lot.

The Agence France Press news agency reported earlier that students had scrambled into the compound after police threatened to clear their camp, which appeared close to the end of April. U.S. Marines stationed as guards at the embassy were keeping an eye on the scene from positions on the roof, but the students had reportedly gathered and taken seats inside the compound with their hands in the air.

The U.S. Embassy said that the police and students did not engage in a physical confrontation.

"The police officers did not resort to violence; no shots were fired and tear gas was not used. Four people suffered minor injuries during the movement," the embassy said in a statement.

All staff members are safe and accounted for, the embassy said.

Burundi's second vice president, meanwhile, has said he fled the country fearing for his life after opposing the president's controversial bid for a third term that has sparked off violent protests in the capital in recent weeks.

Gervais Rufyikiri, believed to have taken refuge in Brussels last week, said in an interview on Radio France International aired Thursday that he had not officially resigned.

In a Twitter posting, the presidential adviser for information and media Willy Nyamitwe confirmed Rufyikiri had fled.

Rights activists say at least 77 people have died in streets protests against President Pierre Nkurunziza's bid for a third term in office in the July 15 presidential elections.

Critics say Nkurunziza's push for a third term violates the two-term limit for presidents set by the constitution.