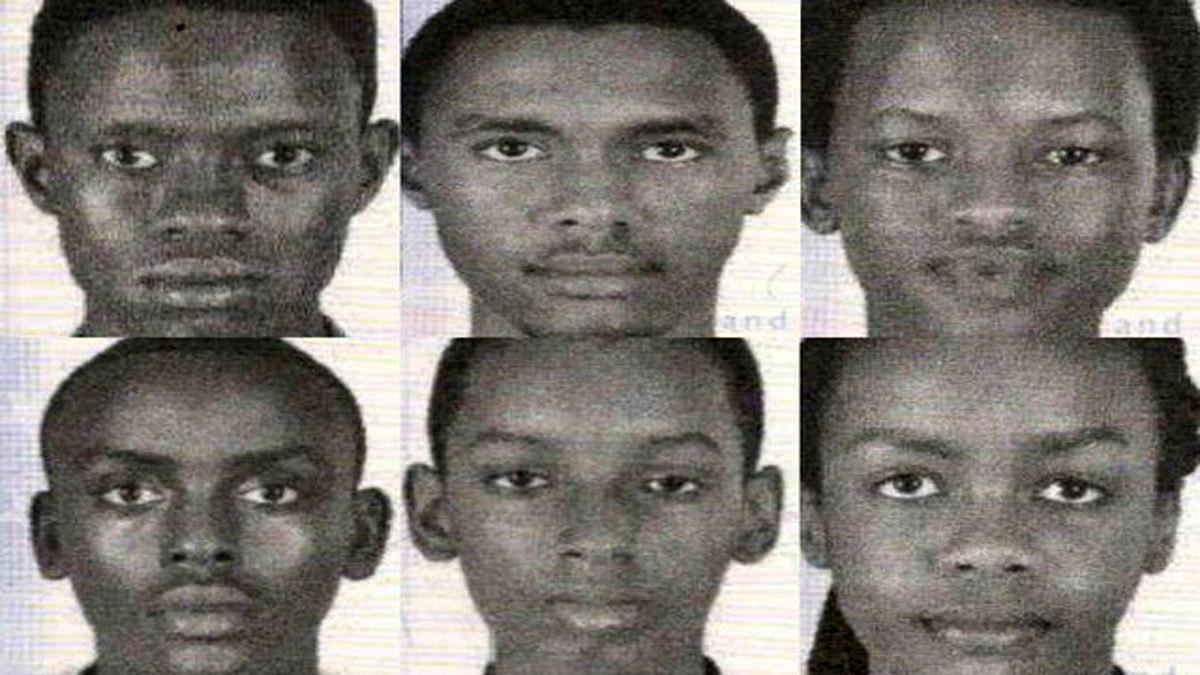 McLEAN, Va. -- As an international robotics competition in the U.S. capital was wrapping up, the chaperone of the Burundi team was confronting his worst nightmare: He couldn't find his kids.

He looked in the college dorms where the six teens -- ages 16 to 18 -- had been staying. Their bags were packed and gone. Maybe they got on the wrong bus? Officers swept through DAR Constitution Hall. They were gone.

Police now say that two of the six were seen crossing into Canada, and they don't suspect foul play with any of them. Event organizers said Thursday that their disappearance may have been "self-initiated." A member of the Burundi-American community was a little more straightforward, saying he has little doubt the teens are seeking asylum, though he emphasized he had no direct knowledge of the situation.

Police in D.C. posted missing-person fliers Wednesday asking for help finding the teens, who had last been seen at the FIRST Global Challenge around the time of Tuesday's final matches.

Marilu Cabrera, a spokeswoman for U.S. Citizenship and Immigration services, which receives asylum applications, said the agency does not comment on whether specific individuals have sought asylum. Canadian immigration authorities also declined to comment.

The competition, designed to encourage youths to pursue careers in math and science, attracted teams of teenagers from more than 150 nations. It had been in the national spotlight already, thanks to a team of girls from Afghanistan who were allowed to attend after President Donald Trump intervened on their behalf. Twice, their visas had been rejected -- an Afghan official said the Americans feared they wouldn't go home.

Competition organizers learned Tuesday night that the Burundi chaperone couldn't find his team. FIRST Global President Joe Sestak, a former congressman from Pennsylvania, made the initial call to the police, according to a FIRST Global statement.

"There were indications that the students' absence may have been self-initiated, including leaving all their keys in their mentor/chaperone's bag and the removal of students' clothes from their rooms," FIRST Global said in a subsequent statement.

The students had been staying in dorms at Trinity Washington University, and had been expected to return to Burundi together on Thursday.

Benjamin Manirakiza, first counselor at the Burundian embassy, told The Associated Press on Thursday that officials were not aware of the team's presence in Washington until the chaperone alerted the embassy on Wednesday. He said he had no comment on their disappearance.

According to police reports, the teens were traveling on U.S. visas good for one year. The reports say police tried to contact one missing teen's uncle, but got no response.

The embassy of Burundi told WUSA-9 that the families had been notified and the coach flown back home.

The competition's webpage on Team Burundi says team members were selected from schools in Bujumbura, the capital city. The team's slogan in Kirundi is "Ugushaka Nugushobora," which translates roughly to "where there is a will, there is a way."

In addition to Ingabire and Mwamikazi, the missing teens are Nice Munezero, 17; Richard Irakoze and Aristide Irambona, both 18; and Kevin Sabumukiza, 17.

Hassan Ahmad, an immigration lawyer in northern Virginia not involved in the situation, said that if the teens apply for asylum in the U.S., Immigration and Customs Enforcement could seek to detain them pending removal proceedings. The teens could then seek release on bond and stay in the country while they await their hearing. That can take years. If ICE declines to seek detention, it still can take several years before a formal interview to determine whether an applicant is eligible for asylum.

Oscar Niyiragira, chairman of the United Burundian-American Community Association Inc., said many in the community feel Canada offers better odds for asylum, particularly now that the Trump administration has taken a harsh stance on immigration.

He called the teens' departure disappointing and said economic impoverishment, rather than political persecution, drives most decisions to seek asylum from Burundi. He said it unfairly tarnishes Burundi's reputation when people flee and exaggerate fears of political violence.

"Now I'm not saying the government does not commit some crimes. They do," said Niyiragira, who lives in Louisville, Kentucky. But the situation in Burundi is not nearly as bad as it was in waves of violence in the '70s and the '90s, he said.

More than 500 people have been killed in Burundi, an East African nation of about 10 million people, according to the United Nations. Hundreds of thousands of people have fled the country.

In January, Human Rights Watch reported that members of a pro-government youth militia had "brutally killed, tortured, and severely beaten scores of people across the country in recent months." Abuses included driving a knife into the eye of one victim and beating a 15-year-old boy to death, the rights group said, accusing Burundi's government of being unwilling to restrain youth militia members.

Burundi's government often dismisses the allegations, saying they are based on false information supplied by the regime's opponents.