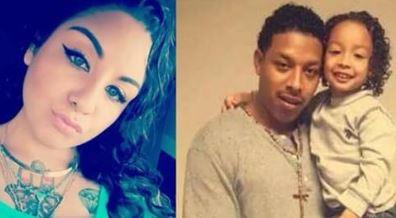 ANGLETON, Texas -- The burned skeletal remains of three people have been found on a Southeast Texas ranch and Texas Department of Public Safety authorities believe they are a man, woman and their 5-year-old son who have been missing for a week. Wharton County sheriff's authorities say a 36-year-old man, Robert Satterfield, is charged with murder for the deaths. Satterfield, who already was in custody in neighboring Fort Bend County, led officials to the site.

Forensic investigators determined the remains were consistent of those of an adult and child, and deputies said based on witnesses' statements, it is believed to be the remains of the family, reports CBS affiliate KHOU. Investigators said the remains are unidentifiable at this point because someone tried to dispose the bodies by burning them.

Authorities haven't said how or when the family was killed or offered a possible motive. The property where the remains were found is about 50 miles from the slain family's home, reports the Houston Chronicle.

Frances Rivera, Maya Rivera's mother, told the paper she grew worried last week when the family didn't show up to celebrate Rayshawn's Jr.'s fifth birthday, for which they had planned a party in the park with cake and ice cream.

She told the paper she tries not to think of the "whys and whens" of their deaths. She said she hopes to bury the three together once the remains are officially identified.

"My heart hurts so deep. But I can find some sense of peace knowing all 3 of them together now are with God," Rivera wrote in a Facebook post Sunday. "I ask myself why? If only they had. ... but that doesn't do any good. It will not change anything."

Satterfield has a bond of $100,000 for each charge. Deputies said these charges may be upgraded to a capital offense after the case is submitted to the District Attorney's Office.