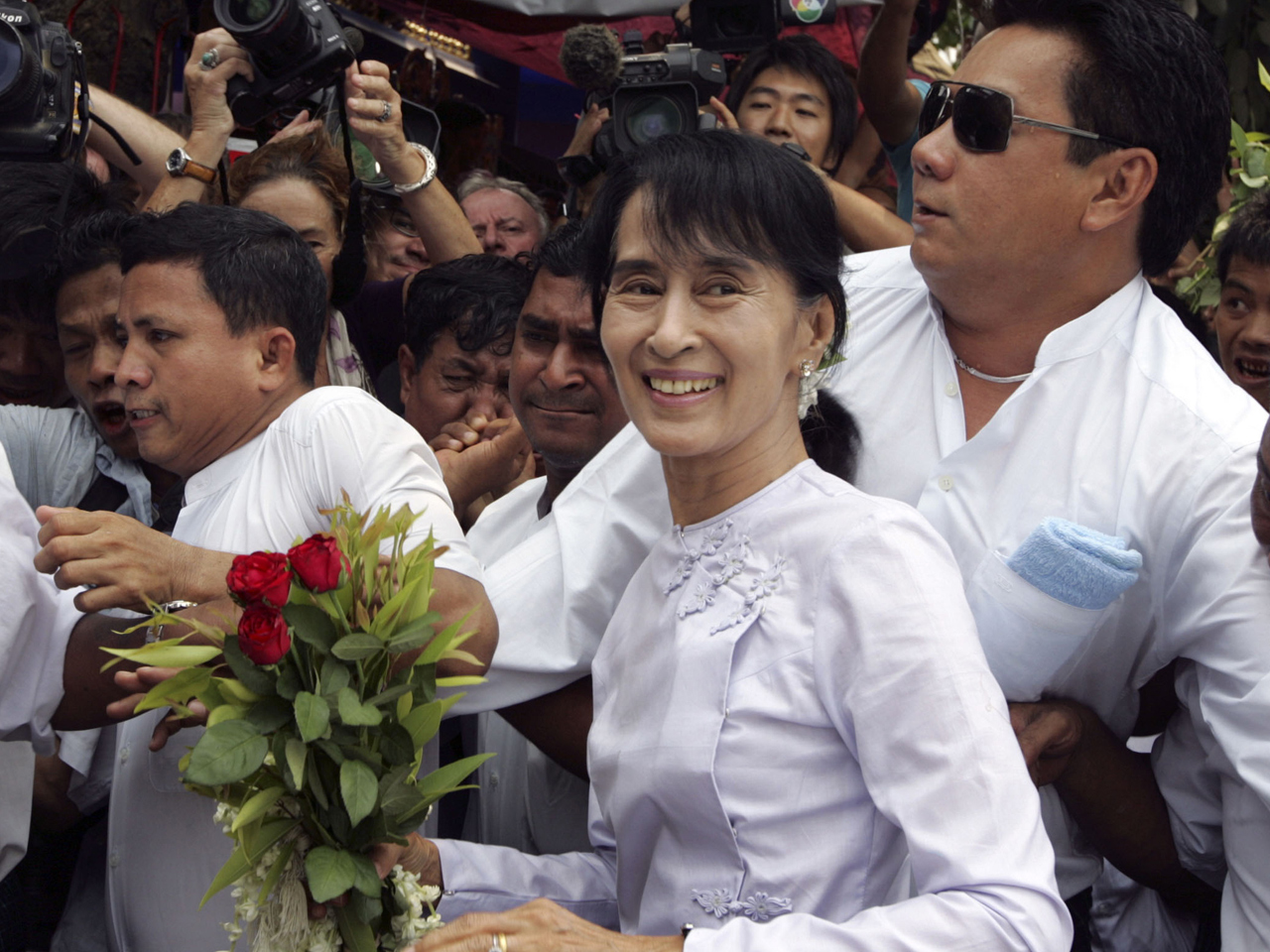 When asked by The Associated Press if he thought the weekend by-elections were free and fair, President Thein Sein said: "It was conducted in a very successful manner."

Thein Sein's remark was the first comment by a top government official since Sunday's polls. He spoke on the sidelines of a summit in Cambodia of the Association of Southeast Asian Nations, ASEAN, which gave him a vote of confidence Tuesday.


Cambodia, in its capacity as ASEAN chair, welcomed the conduct of the polls and called for Western nations to lift the crippling economic and political sanctions imposed on Burma, also known as Myanmar, because of repression by its previous military regime.

"We urge the international community to consider lifting economic sanctions on Myanmar so that the people of Burma can enjoy better opportunities in realizing their aspirations for peace, national reconciliation, democracy and national development," Cambodian Deputy Prime Minister and Foreign Minister Hor Namhong was quoted saying in a press release from the group.

"This election process is a step forward towards democratization, and a positive step."

The imperative to ease the sanctions, which hindered economic development, is generally considered to be the impetus for political reforms initiated by Thein Sein, particularly reconciliation with Suu Kyi and the country's pro-democracy movement.

The weekend vote in Burma will fill just 45 vacant seats in the country's 664-seat Parliament but took on historic significance because of Suu Kyi's presence. After two decades as a political prisoner, Suu Kyi won a victory that marked a turn in her political career and for the country as it emerges from a half-century of military rule.

The Election Commission confirmed late Tuesday that Suu Kyi's National League for Democracy took 43 seats available, losing only in distant Shan state to an ethnic Shan party candidate. In one constituency, the NLD candidate was disqualified before the polls and the ruling Union Solidarity and Development Party won.

ASEAN Secretary-General Surin Pitsuwan cited Thein Sein as telling him he was encouraged by the way in which the election was conducted.

"He said to me the process was more important than the result, which I think is the right attitude because the process is part of national reconciliation," Surin told reporters.

Surin said Thein Sein told him that "Myanmar would like to regain the confidence of the community here in ASEAN and Myanmar certainly would want to be integrated more effectively, efficiently into the international community."

Suu Kyi kept a low profile on Tuesday after a jubilant victory speech a day earlier outside her party headquarters, where thousands of supporters crowded the streets to see her.

"We hope this will be the beginning of a new era," a beaming Suu Kyi told the crowd.

She called her victory "a triumph of the people who have decided that they have to be involved in the political process in this country."

The winning NLD candidates included former political prisoners and activists and about 10 candidates who won office in the 1990 election - a victory the army refused to recognize.

Hip-hop singer Zeyar Thaw took part in 2007's Buddhist monk-led mass protests and help founded the 'Generation Wave' student protest group. Arrested in 2008, he was serving a six-year prison term before being released under an amnesty in May 2011.

The 31-year-old won a seat in Myanmar's capital Naypyitaw that was vacated by the Tin Aung Myint Oo, who became vice president.

"I became an activist basically because as a young person, I wanted to stand against injustice and unfairness," he said during the campaign.