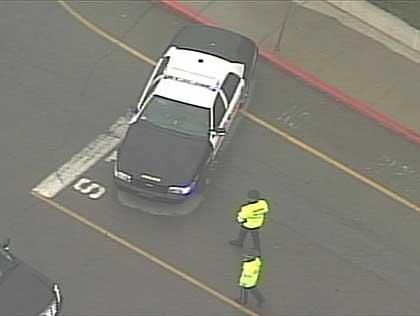 BURLINGTON, Mass. (CBS/WBZ) - State Police have located a man who witnesses at the Burlington Mall thought was carrying a rifle; and confirmed the item was actually an umbrella.

The man, who is a worker at nearby Leahy Clinic contacted police after realizing he fit the description of the news reports. Officers were able to use surveillance video and witnesses to confirm that man was the person they had been looking for.

SWAT team members responded to the Burlington Mall for what turned out to be false reports of a gunman inside, reports CBS station WBZ.

The initial report came in Tuesday around 10 a.m., from two women inside Nordstrom.

According to State Police, the witnesses reported seeing a short white man wearing a gray sweatshirt, black pants, and a black backpack, carrying what at the time, was thought to be a rifle.

Federal, State, and local police all responded and evacuated the mall.

Workers inside several stores inside the mall told WBZ-TV they had closed their store security gate around 10 a.m. and hid out until police gave the all clear.