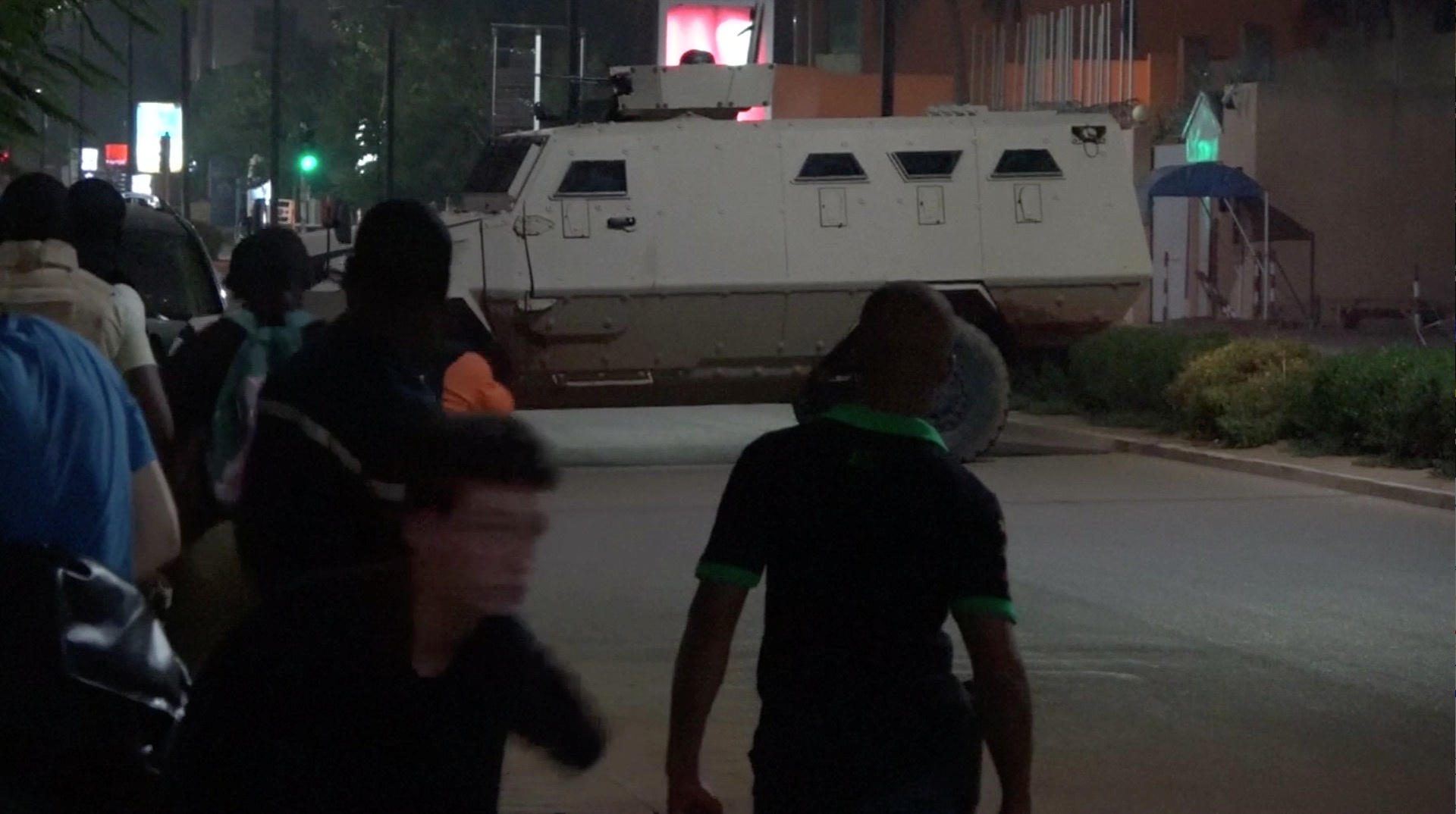 OUAGADOUGOU, Burkina Faso -- Suspected Islamic extremists opened fire at a Turkish restaurant in the capital of Burkina Faso late Sunday, killing 18 people in the second such attack on a restaurant popular with foreigners in the last two years.

There was no immediate claim of responsibility for the violence, which continued into the early hours Monday. Gunfire could be heard almost seven hours after the attack began.

"This is a terrorist attack," Communication Minister Remi Dandjinou told a news conference, according to the Reuters news agency.

Speaking at the scene later on Monday morning, Danjinou told Reuters that the attack was over and the two gunmen had been killed, in addition to their 18 victims. The victims came from several different nationalities, he said. At least one of the dead was French.

Security forces arrived at the scene with armored vehicles after reports of shots fired near Aziz Istanbul, an upscale restaurant in Ouagadougou.

Police Capt. Guy Ye said the assailants arrived at the Aziz Istanbul restaurant on motorcycles, and then began shooting randomly at the crowds dining Sunday evening.

The incident brought back painful memories of a January 2016 attack at a cafe that left 30 people dead.

BBC News reported that the city center was sealed off by the army during the attack and the U.S. Embassy in Ouagadougou warned its citizens to avoid the area.

Burkina Faso, a landlocked nation in West Africa, is one of the poorest countries in the world. It shares a northern border with Mali, which has long battled Islamic extremists.

The three attackers in the 2016 massacre were of foreign origin, according to al Qaeda in the Islamic Maghreb, which claimed responsibility in the aftermath along with the jihadist group known as Al Mourabitoun. But the terror threat in Burkina Faso is increasingly homegrown, experts say.

The northern border region is now the home of a local preacher, Ibrahim Malam Dicko, who radicalized and has claimed recent deadly attacks against troops and civilians. His association, Ansarul Islam, is now considered a terrorist group by Burkina Faso's government.