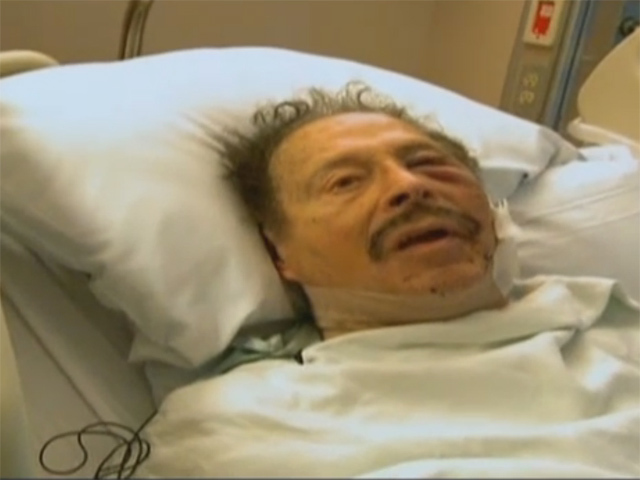 GREENBRAE, Calif. A 90-year-old California man who survived being shot in the jaw by a burglar in January is being sued by the would-be thief, who was injured when the elderly man returned fire, CBS San Francisco reported.

Leone, of Greenbrae, Calif., told CBS San Francisco in January that Cutrufelli kicked in the door to his home and held him captive at gunpoint while he searched the house for valuables.

Leone then asked to use the bathroom, where the former Marin County sheriff's deputy had hidden a revolver. When the homeowner returned and pointed it at the burglar, Cutrufelli fired a shot with his own weapon, hitting Leone in the cheek.

"Sure enough, he wrestled me to the floor, put the gun to my head, pulled the trigger and it went, 'Click,'" Leone told CBS San Francisco following the home invasion. "And then he got all panicky. He ran out the door."

Cutrufelli, who told police he had shot himself, was arrested on suspicion of burglary and attempted murder. He is nearing the end of his criminal trial, according to the Marin Independent Journal.

Leone said he would countersue.