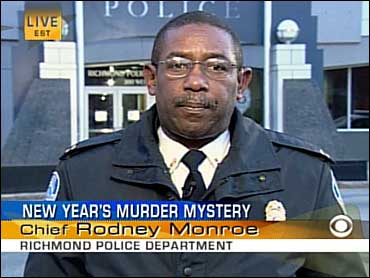 All Valeri Bure needed to break out of his scoring slump was a change of scenery.

"I was still pretty confident even though I wasn't getting any goals," said Bure, who was traded from Montreal last Sunday. "The puck just wasn't bouncing for me."

"Now, to leave on such a high note, hopefully I can carry it over to the Olympic Games and have a great tournament."

Bure's next game will be for Russia in the Nagano Olympics. He will fly to Japan along with four Flames teammates and eight Edmonton Oilers.

"It's going to be a great time," said Bure, the younger brother of Vancouver's Pavel Bure. "I'm really looking forward to just being over there enjoying the atmosphere."

Cory Stillman scored the other goal for the Flames, who have won two in a row.

"He (Bure) was outstanding tonight, really sticking his nose in there," said Calgary coach Brian Sutter. "He scored three and could have had a few more."

"He did things that guys who have killed penalties for 10 years still haven't learned," Sutter said. "That's called knowing and having a feel for the game."

Boris Mironov and Dean McAmmond scored for the Oilers, who have lost three straight.

On his first two goals, Bure displayed the natural scoring touch that the Flames were seeking when they traded Zarley Zalapski and Jonas Hoglund to the Canadiens.

Bure opened the scoring at 5:02 of the first period when he whipped a wrist shot into the top corner over the glove of Edmonton goaltender Curtis Joseph.

Then with the game tied 2-2 early in the second, Bure put the Flames ahead for good, firing a shot from the slot through the legs of goalie Bob Essensa.

Essensa replaced Joseph at 6:03 of the first period when the Canadian Olympian was pulled after yielding two goals on three shots.

"For sure tonight was disappointing but I look forward to what's ahead," Joseph said. "This is a once in a lifetime opportunity and I'm just going to go over there and enjoy every second."

Bure completed his hat trick with an empty-net goal with 19 seconds left in the game.

Dwayne Roloson made 25 saves for Calgary and won his second consecutive start for the first time in nearly a year.