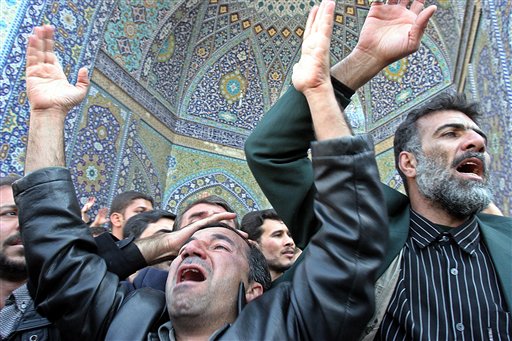 All those trade scenarios, all those intricate plans that consumed Jerry Krause's life since he won the lottery a month ago turned out to be a bunch of Bull-oney.

In the end, the Chicago Bulls decided to keep their No. 1 pick and select Elton Brand, the college player of the year who left Duke after his sophomore season.

Brand, a 6-foot-8 forward, was chosen after the Bulls took a serious last look at Rhode Island's Lamar Odom, bringing him into Chicago for a workout on the eve of the draft.

Krause went with the safer of the two picks, choosing to try to rebuild his dynasty with a solid frontcourt player.

Â"We considered trade offers in several directions,Â" Krause said. Â"What we didn't want to do is get in a situation where we lost Elton. He's got the makeup and physical ability to be a building block for this team.Â"

Steve Francis was chosen second by Vancouver, Baron Davis went third to Charlotte, Odom went fourth to the Los Angeles Clippers and high schooler Jonathan Bender went fifth to Toronto but will be traded to Indiana for Antonio Davis.

Â"I didn't know where I was going to fit in this draft. I did want to be the No. 1 pick,Â" Brand said. Â"I feel I am the best player and I can improve a lot. I think I can be the cornerstone in their rebuilding.Â"

Asked if he knew he would be the No. 1 overall pick, Brand said: Â"Not at all. I didn't have the slightest idea. I feel blessed.Â"

Brand, 20, was the first player ever to leave Duke as an underclassman. He averaged 16.2 points and 9.8 rebounds in his final season there, leading the Blue Devils into the NCAA championship game.

The Grizzlies selected second and chose guard Francis, who had indicated he would be less than enthralled to play in Canada. Francis kept his head buried in his hands as his name was announced, then raised his arms in the air to a loud ovation as he walked onstage to meet commissioner David Stern.

Francis played in college at nearby Maryland, averaging 17.0 points in his only season for the Terrapins. Francis, 22, was a first-team All-ACC selection last season and was widely considered one of the most exciting college players to watch.

A shooting guard in college who was expected to be a point guard in the pros, Francis might play alongside point guard Mike Bibby with the Grizzlies.

Â"Hopefully, when I wake up tomorrow, I'll be happy,Â" said Francis, who has never been to Canada. Â"I feel relieved now more than happy.Â"

Davis was taken third by the Charlotte Hornets, who had said they would grab the UCLA guard if he was still available.

Davis, 20, left the Bruins after a sophomore seaso in which he averaged 15.9 points and 5.1 assists while still recovering from a torn anterior cruciate ligament suffered during the 1998 NCAA tournament.

Instead of getting Davis, who they wanted, the Clippers landed Odom, the 6-foot-10 phenom who so intrigued Krause.

The 19-year-old Odom had one of the most bizarre pre-draft existences of anyone, making himself eligible, hiring and then firing an agent, trying to get reinstated at Rhode Island and then missing a pre-draft physical before NBA scouts in Chicago.

Those were only the latest travails involving Odom, who attended three high schools during his senior season and planned to enroll at UNLV before the validity of his entrance exam scores were brought into question.

Â"Some decisions I made may not have been the best at that time,Â" Odom said. Â"I'm 19 years old. I'm thankful I didn't make those mistakes when I'm 29 and it's too late.Â"

At Rhode Island, he averaged 17.6 points, 9.4 rebounds and 3.7 assists numbers that had many player personnel directors calling him the most talented all-around player available.

The Raptors have already worked out a trade with Indiana that will send Bender to the Pacers in exchange for Davis. The trade will be formally announced Aug. 1, Davis' agent said.

Bender, 6-foot-10, was chosen higher than any high school entrant since Kevin Garnett, who went fifth overall to Minnesota in 1995.

Wally Szczerbiak went sixth to the Minnesota Timberwolves, becoming the first senior selected in this draft. In 1997 and 1998, seniors were the top picks overall. The Wolves acquired the sixth pick from New Jersey in the Stephon Marbury trade.

Szczerbiak, 22, a 6-7 small forward with NBA 3-point range and a strong all-around game, is one of three collegians who have been added to the U.S. national team that will compete in July for a qualifying berth in the 2000 Olympics.

The others are Brand and Richard Hamilton, a shooting guard from Connecticut who was chosen seventh by the Washington Wizards much to the delight of the hometown crowd.

Hamilton, 21, left Connecticut after a junior season in which he averaged 21.5 points and led the Huskies to the national title. He could move right into the starting lineup if the Wizards lose Mitch Richmond to free agency. Richmond is said to be pondering a return to his original NBA team, the Golden State Warriors.

The Cleveland Cavaliers, who coveted Szczerbiak, had to settle for Utah point guard Andre Miller, a member of the first-team All-America team. The 23-year-old, who also completed four years of college, averaged 15.8 points and 5.6 assists for the Utes last season.

Shawn Marion, a 6-7 forward from UNLV, went ninth overall to the Phoenix Suns, who acquied the pick from Dallas a year ago in the Steve Nash trade.

The Atlanta Hawks selected Arizona point guard Jason Terry with the 10th pick, quickly filling the vacancy left by the trade of Mookie Blaylock to Golden State on Tuesday.

Langdon was the second member of the Blue Devils to be picked the first round, and Duke, which also lost William Avery and Corey Maggette, became the first school to have four first-rounders selected in the NBA draft.

The Raptors selected center Aleksandar Radojevic 12th overall, taking a chance on a 7-foot-3 giant from Montenegro who has been playing basketball for only a few years.

Maggette went 13th to Seattle and Avery was picked 14th by Minnesota.

Maggette was later traded to Orlando along with Dale Ellis, Billy Owens and Don MacLean for Horace Grant and two future No. 2 picks.

Jumaine Jones of Georgia went 27th to Atlanta and then was traded to Philadelphia for a future No. 1 pick, Scott Padgett of Kentucky was picked 28th by Utah and Leon Smith of Martin Luther King HS in Chicago was the final pick of the first round by the NBA champion San Antonio Spurs.

Evan Eschmeyer, a 6-11 center from Northwestern who was expected to go in the first round, lasted until No. 34 when he was taken by New Jersey.