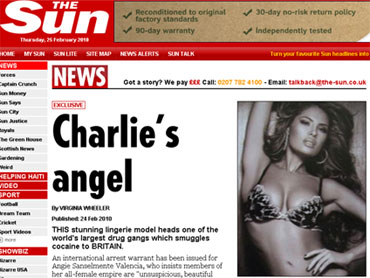 He terrorized residents, caused millions of dollars in damage and destroyed local businesses. CBS News Correspondent Cynthia Bowers reports the community now is working hard to rebuild the damage done in an attack that was months in the making.

The rampage was caught on tape and even to townspeople the pictures look surreal.

On the radio, a police operator reported: "There is an out-of-control bulldozer. They can't tell who is driving it, but there is someone inside and it's destroying the building."

And many say it was a mad man who unleashed this Frankenstein on an unsuspecting Colorado mountain town a week ago Friday.

Resident Bob Haddock describes it this way: "Guy went nuts, basically. Mad at the town, mad at the world, took it out on Main Street."

It was no secret that Heemeyer, a welder by trade, could hold a grudge.

Rhonda Farrell of Gamble's Hardware says, "I think that Marv was bitter and he was sad."

To Heemeyer, the buildings he targeted represented "wrongs:" A cement company that won a zoning dispute, town hall where that vote took place, businesses belonging to local board members.

Patrick Brower, editor of Ski Hi News, says, "I watched a police officer fire many rounds at it and he may well have been using a squirt gun."

For 90 minutes, dozens of lawmen waged an unlikely battle with the seemingly unstoppable foe: An ordinary bulldozer fortified with armor, equipped with cameras attached to monitors inside, and armed with high-caliber weapons.

Brower was photographing the assault, when Heemeyer turned the tank on his Ski Hi News.

Brower says, "We were running for our lives, at that point."

Finally at Gamble's Hardware, the machine gave out and its driver gave up - and killed himself. It took officials hours to extricate the body.

Only later were notes found in which Heemeyer seemed to gloat: "He never got caught" during the "over a one and a half year time period" he assembled his monster machine.

Sheriff Rod Johnson of Grand County says, "In order to keep that kind of anger inside of you for the kind of time it would take to build that, is way deeper than I thought it was."

Brian Hastert remembers the Marv Heemeyer who shopped at his store as big-hearted and passionate.

Hastert, of Spirit Lake Polaris, says, "There was something I read in the newspaper where he said 'sometimes reasonable men have to become unreasonable.' And to me, that's passion at its most extreme."

The lesson he learned from it all?

"You shouldn't take it out on other people when they make you mad," Austin says.

On June 4, people here learned something of the evil that can lurk in the hearts of men, but although parts of the town's history is, well history, they swear "this" won't be the lasting legacy.

Granby Mayor Ted Wang says, "Mr. Heemeyer not only failed to destroy the businesses he was most angry about, but he also failed to destroy how people will pull together in a time of crisis, I guess, is the right word.

A week later, even as Rhonda Farrell stares at the ruins of her family's hardware store, she says, "You get up crying and you go bed crying and you cry all the time."

She sees something good has come from something bad.

"And right now, all the offers of help are rolling in and you realize you have the community behind you," Farrell says.

A community that used to be known simply as a place you went through to get to some place else now finds itself on the map.

And rebuilt by people who refuse to let their spirits be crushed.