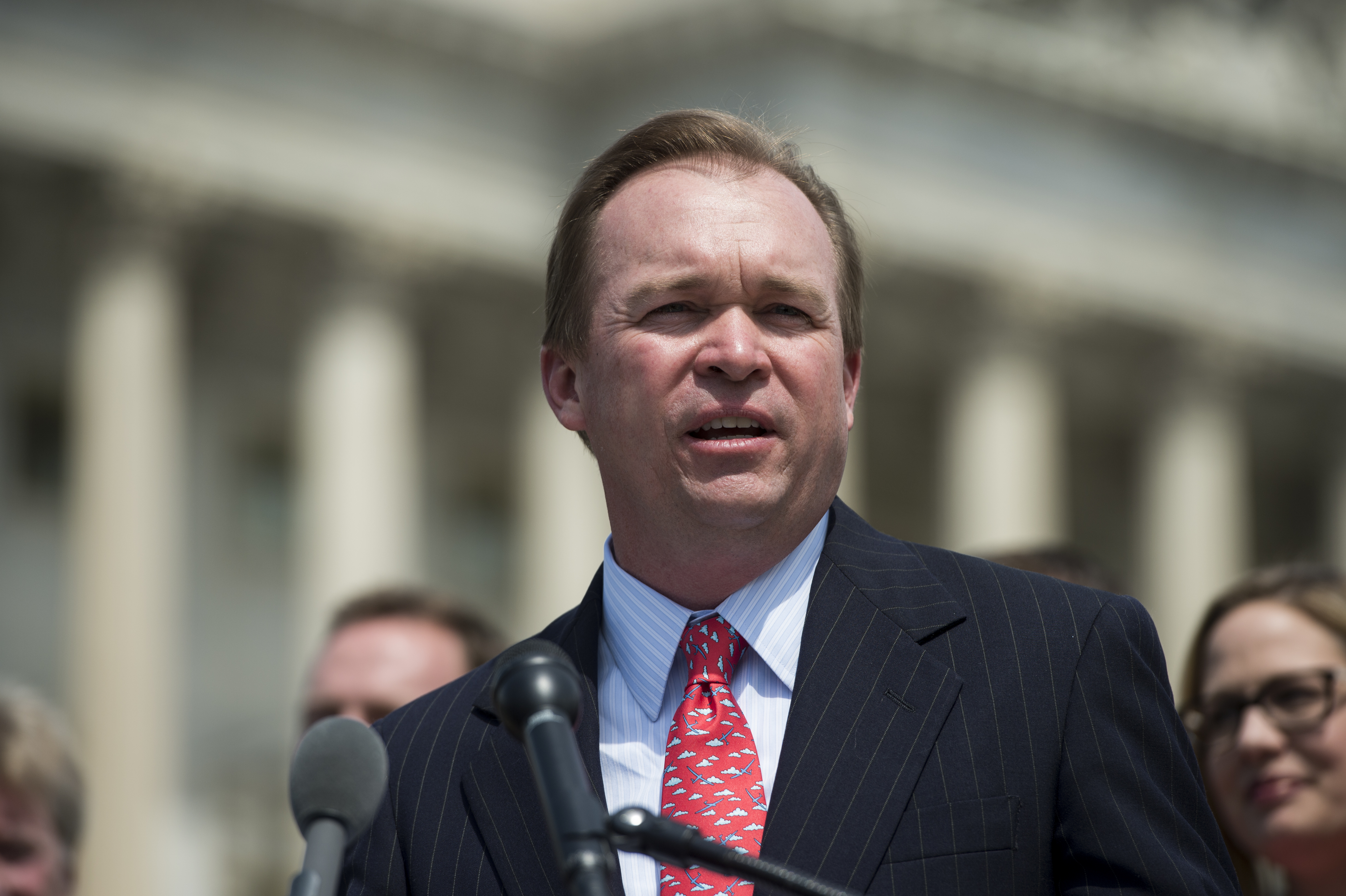 White House budget director Mick Mulvaney says that Democratic negotiators on a massive spending bill need to agree to funding top priorities of President Donald Trump such as a down payment on a border wall and hiring of additional immigration agents.

Mulvaney told The Associated Press in an interview that “elections have consequences” and that “we want wall funding” as part of the catchall spending bill, which lawmakers hope to unveil next week.

The former GOP congressman from South Carolina also said that the administration is open, though undecided, about a key Democratic demand that the measure pay for cost-sharing payments to insurance companies that help low-income people afford health policies under the Affordable Care Act.

Talks on the measure have hit a rough patch as a deadline to avert a government shutdown looms late next week.

“A shutdown is never a desired end and neither is it a strategy,” Mulvaney said.

Mulvaney said the White House delivered an offer to negotiators Wednesday night, with funding for the border wall a top demand. Other items on the White House priority list, Mulvaney said, are a $30 billion request for a cash infusion for the military and a controversial provision to give the administration greater latitude to deny certain federal grants to “sanctuary cities” that refuse to cooperate with immigration enforcement by federal authorities.

“We want wall funding. We want (immigration) agents. Those are our priorities,” Mulvaney said. “We know there are a lot of people on the Hill, especially in the Democratic Party, who don’t like the wall, but they lost the election. And the president should, I think, at least have the opportunity to fund one of his highest priorities in the first funding bill under his administration.”

Democrats have taken a hard line against any money for the border wall and insist that the measure include the “Obamacare” payments to insurance companies.

At issue are cost-sharing payments that are a key subsidy under the health care law to help low-income people enrolled through the law’s insurance marketplaces with their out-of-pocket expenses. Trump has threatened to withhold the payments as a means to force Democrats to negotiate on health care legislation.

The cost-sharing payments are the subject of a lawsuit by House Republicans, and Trump threatened in an interview with The Wall Street Journal last week to drop the payments, which experts warn would severely disrupt Obamacare’s marketplaces.

Mulvaney said the White House isn’t enthusiastic about Democratic demands on the Obamacare payments but is open to them as part of a broader agreement.

“The president has been quoted several times and said he’s inclined not to make them and I can’t tell you that I’m interested in dissuading him from that position,” Mulvaney said. “That being said, if it’s important enough to the Democrats, we’d be happy to talk to them about including that in sort of some type of compromise.”

Added Mulvaney: “If Democrats are interested and serious about compromise and negotiation, the ball is in their court.”