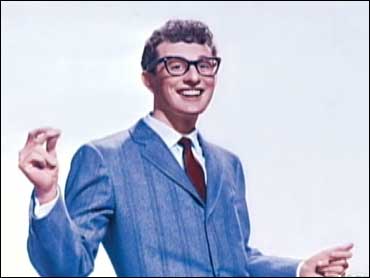 (CBS) What would it sound like if Buddy Holly were reinterpreted on record by Modest Mouse? Or Zooey Deschanel? Or Patti Smith?

Wonder no more! "Rave On Buddy Holly" will feature performances by those artists and other big names (Smith already has experience performing Holly).

Holly, who died in 1959 at 22, recorded a ton of music in his short life and there are plenty of classic songs to go around. The 19-track album features Smith covering "Words of Love," Modest Mouse performing "That'll Be the Day," the Black Keys tackling "Dearest" and Cee-Lo doing "(You're So Square) Baby, I Don't Care."

Other performers include Paul McCartney (no stranger to covering Holly), Julian Casablancas, She & Him, Nick Lowe, Lou Reed and Graham Nash. The tribute album comes out June 28.