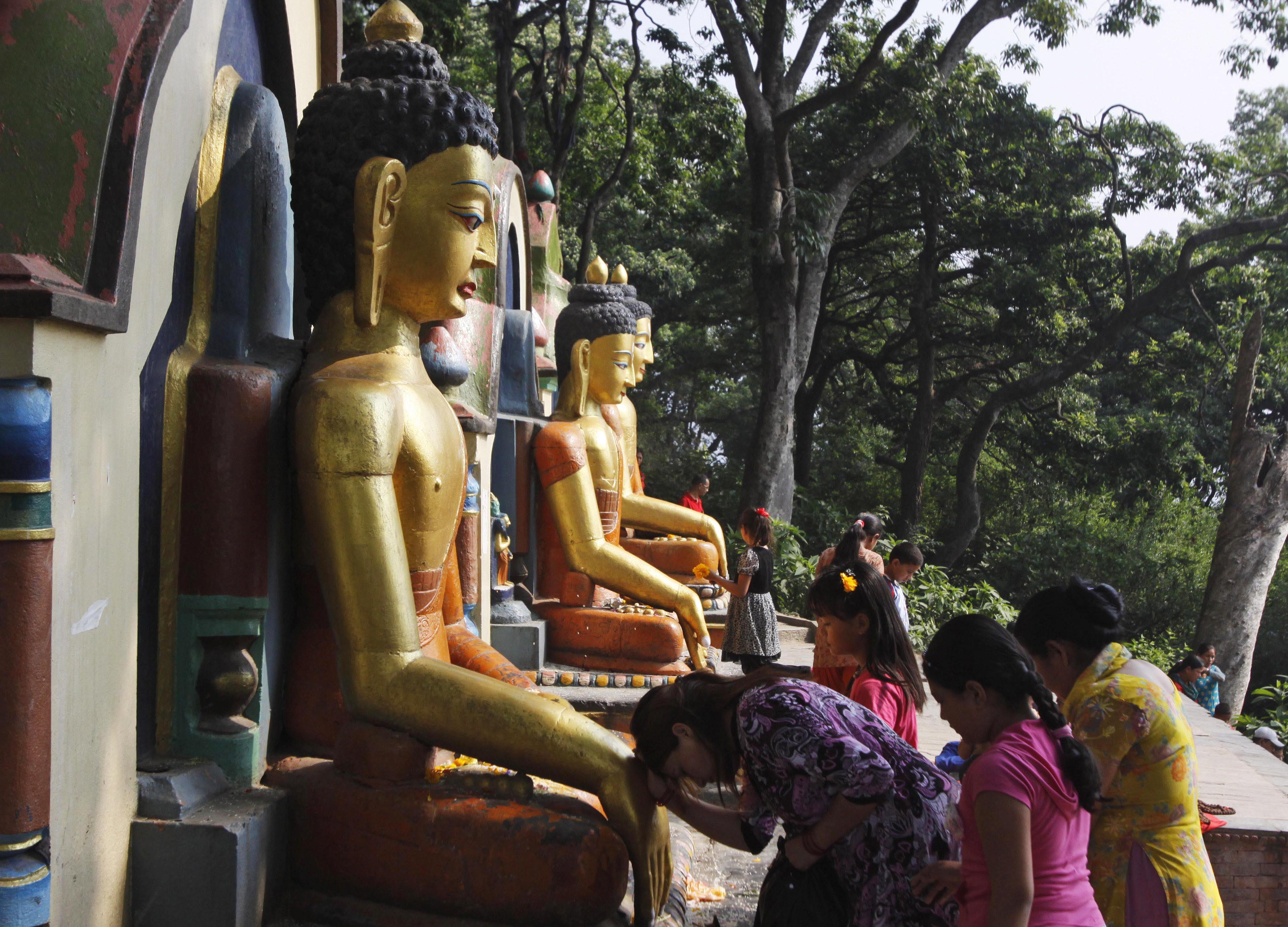 LUMBINI, Nepal - Tens of thousands of devotees chanted sutras and lit incense Tuesday at a temple in southwestern Nepal to celebrate the anniversary of Buddha's birth.

Police said they expect up to 50,000 people to visit the forested Mayadevi temple, built where Buddha is believed to have been born 2,555 years ago.

Devotees chanted and offered fruits and flowers at the temple.

Buddha was born as Prince Sidhartha in Lumbini, about 150 miles southwest of Katmandu. Followers believe he left his family and kingdom and meditated in the jungles of Nepal and India before achieving enlightenment.

His birthday is celebrated in Nepal on the day of the first full moon in May. The same day is also observed as the anniversary of his enlightenment.

Also Tuesday, two Japanese officials who campaigned against nuclear weapons were awarded the nation's peace award at a ceremony near the temple.

Yadav called them "an inspiration to people all over the world."

"I would like to stress just how inhumane it is to drop atomic bombs that release vast amounts of radiation, and the fact we really do not need these sorts of weapons," Taue said in an acceptance speech.